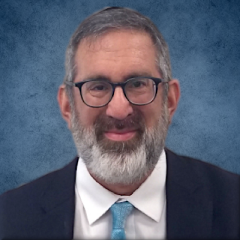 "It is disappointing that the ADL has doubled down on what we called 'grossly misplaced charges of antisemitism' last spring, aimed once again at a favorite target," said CJV Southern Regional Vice President Rabbi Moshe B. Parnes in a statement. "The ADL has a pattern of saying that Carlson is using 'dog whistles' when he expresses political viewpoints with which they disagree."

In reference to the documentary, The Daily Beast wrote, "Carlson echoed antisemitic tropes that Jewish people wish to upend Western civilization, claiming Soros’ goal was 'destruction aimed at the West' and aims to make society 'more dangerous [and] dirtier.'"

"Noting that the group [ADL] has always said it’s 'totally fair' to criticize Soros’ support of progressive policies and candidates, an ADL spokesperson told The Daily Beast one 'can only presume based on Carlson’s track record and his comments' that his new series 'will be nothing more than far-right propaganda at best, and at worst a dangerous antisemitic dog whistle sure to be heard loud and clear by a large audience," reported The Daily Beast.

In the documentary, Carlson documents many of the left-wing organizations and policies that Soros' foundations fund. Carlson also interviews Hungarian Prime Minister Viktor Orban, a conservative, who states that Soros is  "the condensed symbol of everything the Hungarian right hates."

In addition, "Orban says Soros, a man with extensive economic and political reach, is the kind of man who never respected the traditions of the Hungarian people," reportedFoxNews.com. "Instead, Soros bolstered his own philosophical and ideological convictions with the goal of forcing them on Hungary and the larger modern world."

Last year, the ADL criticized Carlson for discussing the "replacement theory," a policy that Democrats pursue to keep the U.S.-Mexico border as porous as possible to bring illegals into the country, who eventually will outnumber conservative Republican voters.

A US Homeland Security Border Patrol agent on horseback patrols the area near where the US-Mexico border fence meets the Pacific Ocean in Imperial Beach, California. (Getty Images)

"Now, I know that the left and all the little gatekeepers on Twitter become literally hysterical if you use the term 'replacement,' if you suggest that the Democratic Party is trying to replace the current electorate, the voters now casting ballots, with new people, more obedient voters from the Third World," said Carlson on Apr. 8, 2021.  "But they become hysterical because that's what's happening actually. Let's just say it: That's true."

"If you change the population, you dilute the political power of the people who live there," said Carlson.  "So every time they import a new voter, I become disenfranchised as a current voter."

At the time, Rabbi Dov Fischer, the Western Regional vice president of the CJV, wrote in the American Spectator, "Carlson is absolutely correct.... Voter 'replacement' is exactly, precisely what the Biden-Pelosi-Schumer Democrats now are endeavoring to do."

"Of course we now are watching, before our very eyes, a concerted effort to replace the electorate that was electing Republicans," said the rabbi.

In reference to that attack on Carlson and the latest one, Rabbi Fischer said today, "We called for an 'urgently needed course correction' by the ADL at that time, because 'the misuse of antisemitism for partisan purposes only serves to make the Jewish community less safe.'"

"Sadly, the ADL, which the community relies upon to combat antisemitism in a non-partisan way, has done the opposite,"he said, "further distracting America's attention with partisan political attacks while real antisemitism festers around us."

George Soros, 91, was born into a non-observant Jewish family in Budapest, Hungary.  In interviews, Soros has said he does not believe in God. Soros has a reported net worth of $8.6 billion.

According to the Open Society Foundations, Soros has donated $32 billion to its myriad foundations since 1984.

A special report, George Soros: God Father of the Left, by the Media Research Center states that, "Most everywhere Soros, his foundations or his investing have gone, trouble has followed. He’s helped foment revolutions, undermined national currencies and funded radicals around the world. Soros has been convicted of insider dealing in France and fined $3 million, fined another $2 million in his native Hungary. His 'foundations have been accused of shielding spies and breaking currency laws' and his investing strategy has been targeted for harming several national currencies."