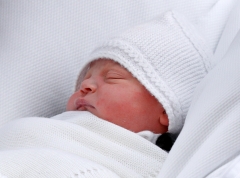 (CNS News) -- A new survey shows that 71% of Americans support restrictions on abortion, and that only 17% of Americans think that a woman should be able to have an abortion "any time she wants" during her pregnancy.

“When it comes to the direction of government policy, there has been consistency and consensus in American public opinion on the issue of abortion over the decades,” said Dr. Barbara Carvalho, director of the Marist Poll.

Patrick Kelly, supreme knight of the Knights of Columbus, said, “As we await a decision in the Supreme Court case Dobbs v. Jackson Women’s Health Organization, our polling continues to show that over 60% of Americans reject the central holding of Roe v. Wade, and want to return the decision to the states or make abortion illegal."

“Roe v. Wade was wrong when it was decided, and its legacy is the tragic destruction of more than 60 million unborn lives and countless wounded women," added Kelly.  "The time has come for America to turn the page on Roe.”

In the survey, Marist asked, "Which one of the following statements comes closest to your opinion on abortion."

"One, abortion should be available to a woman any time she wants during her entire pregnancy."  Only 17% of American adults agreed with that statement.

"Two, abortion should be allowed only during the first six months of pregnancy." Only 12% agreed.

"Three, abortion should be allowed only during the first three months of pregnancy." Only 22% of American adults agreed.

"Four, abortion should be allowed only in cases of rape, incest, or to save the life of the mother." 28% agreed.

"Five, abortion should be allowed only to save the life of the mother." 9% agreed.

And, "six, abortion should never be permitted under any circumstance."  12% agreed.

Questions three through six described different restrictions on abortion.  For those questions, a combined 71% said they came closest to their opinion.

Broken down by political party, 93% of Republicans agreed with questions four through six, as did 70% of independents. Only 49% of Democrats agreed to some sort of restriction on abortion.

Other findings from the poll include,

"63% of Americans oppose new federal rules that allow sending prescription drugs for medication abortions through the mail instead of having women get them in-person from a specially certified health provider.

"Three-quarters say doctors, nurses, or other health care professionals who have religious objections to abortion should not be forced to perform them.

"A majority (54%) believe organizations who have religious objections to abortion should not be legally required to provide insurance coverage for abortion.

"Nearly three-quarters (73%) of Americans either 'oppose' or 'strongly oppose' using tax dollars to support abortion abroad, including 59% who self-identify as pro-choice."

“Our polling also shows that Americans oppose policies that divert tax dollars to pay for abortion here and abroad," said Patrick Kelly.  "This is especially relevant as the bipartisan Hyde Amendment prohibiting taxpayer funding of abortion is in danger."

“As a supermajority of Americans believe laws can protect both women and the unborn, the Knights of Columbus will continue to stand with them in supporting the dignity and worth of every human life," added Kelly.