(CNS News) -- A new poll shows that 81% of voters in the United States support laws that require "every voter to show a photo ID when they vote," according to Honest Elections Project Action (HEPA), which conducted the survey of 1,200 registered voters in mid-July.

Among those surveyed, 77% of black voters support requiring a photo ID to vote, as do 78% of Hispanic voters, 67% of Democratic voters, 97% of Republican voters, and 82% of independent voters.

"[D]espite six months of concerted effort by progressives to turn public opinion away from voter ID and other election safeguards, public support for photo ID laws is higher today than it was when HEPA asked voters the same question in March," said Jason Snead, executive director of the Honest Elections Project.

"In fact, support for photo ID laws among Democrats rose by 4 points, Independents by 7 points, and support among Black voters rose 13 points," he added. 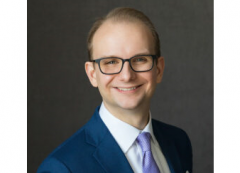 "Despite an unprecedented progressive effort to malign ID laws, public support has grown from an already overwhelming 77% in March, to 81% today," said Snead. "Voters reject the argument that showing an ID to vote is a 'burden' (72%). Most striking is the sustained support for photo ID requirements among voters whom progressives insist are being deliberately disenfranchised by them."

On a related note, support for a photo ID among black voters is up 13 points from a similar survey done in March.

As for mail-in ballots, 71% of voters also support requiring a voter ID for that process.

The survey also showed that 69% of voters want voting to return to pre-COVID standards -- this view held for 55% of Democrats, 66% of Independents, 60% of blacks, 72% of Hispanic voters, and 54% of the people who voted for Joe Biden.

As the poll reveals, "the American public continues to back election reforms that make it easy to vote and hard to cheat," said Snead.