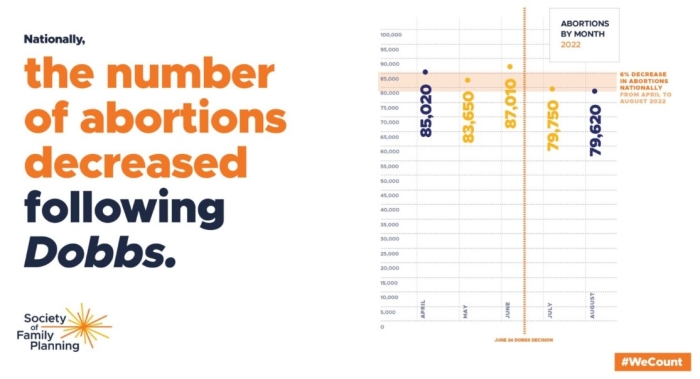 "Since the Dobbs decision, there were 5,270 fewer abortions in July and 5,400 fewer in August, for a cumulative total of 10,670 fewer people who had abortions in those months," reported the Society of Family Planning. "The national abortion rate decreased from 14 per 1,000 women of reproductive age in April to 13 per 1,000 in August."

“Overturning Roe v. Wade created a sudden disruption in abortion care, compounding the crisis in access that people in some states had already experienced before the decision," said said Alison Norris, MD, co-chair of the Society's #WeCount initiative and  associate professor at The Ohio State University’s College of Public Health. 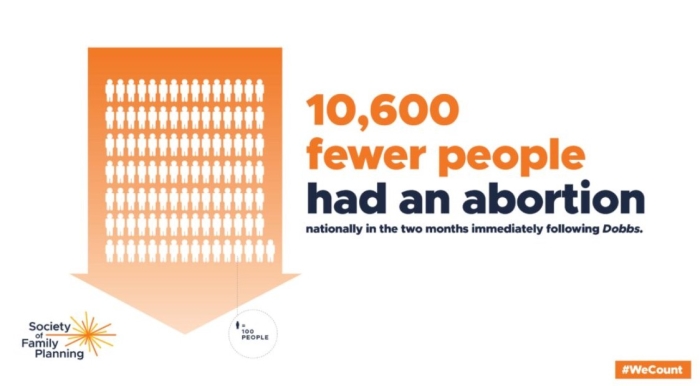 “If this trend were to continue for the next 12 months, we’d project more than 60,000 people who need abortion care will be unable to obtain it," she added. 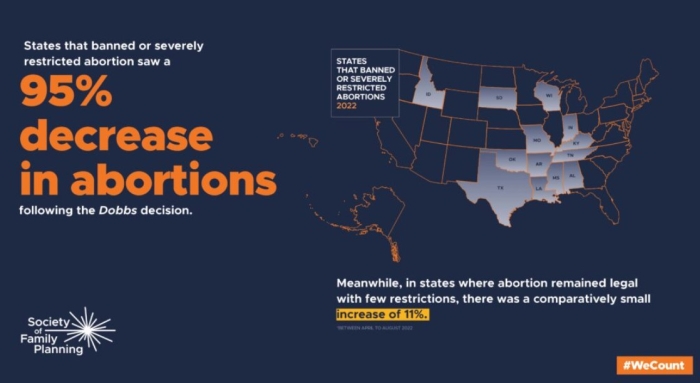 Among other findings in the report,

-- In Texas, which already had a 6-week ban on abortion in place, we observed 2,770 abortions provided in April. A total abortion ban with only a few exceptions went into effect after the Dobbs decision, and by August the monthly estimated number of abortions provided by a clinician declined to approximately 10.

-- In Oklahoma, we observed 510 abortions provided in April. The state enacted a total abortion ban in May before the Dobbs decision. The monthly number of abortions in that state declined to less than 10 in June.