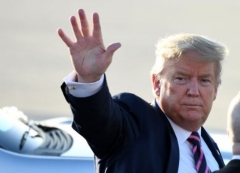 (CNS News.com) -- During a campaign stop on Nov. 2, 2020, then-President Donald Trump touted the low gasoline prices of the time and warned that if Joe Biden became president, Americans would end up paying $7, $8, even $9 a gallon.

Trump also said that, in response to those high gas prices, the Biden administration would tell people to get rid of their cars.

"It's an incredible thing that's happened over the last few years, a lot of great things," said Trump. "And you’re paying, what, $2 a gallon for your gasoline? That’s okay."

On Sunday, ABC7 reported that a gas station in Los Angeles was selling regular gasoline for $6.99  per gallon.  The "plus" grade of gasoline was selling for $7.19 a gallon. (See video report here.) 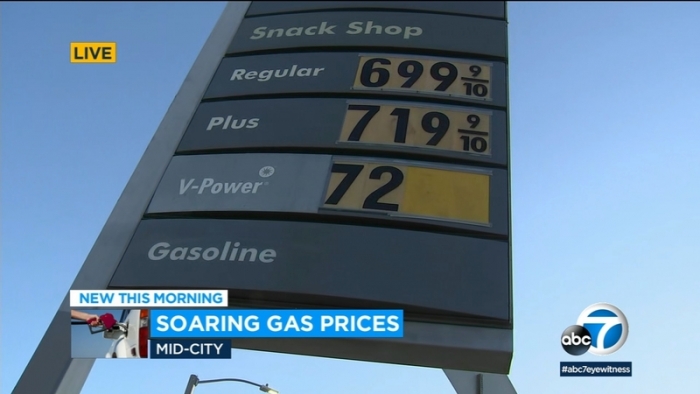 On Monday, March 7, Transportation Secretary Pete Buttigieg touted "clean energy" and electric cars, stating, "Clean transportation can bring significant cost savings to the American people as well. Last month we announced the $5 billion investment for a nationwide electric vehicle charging network, so that people from rural, to suburban, to urban communities can all benefit from the gas savings of driving an EV [electric vehicle].”

Congratulations to US DOT Transportation Secretary nominee @PeteButtigieg! We're looking forward to continue working with you to make transportation greener and more accessible to all Americans! pic.twitter.com/MgisDV0EQh

“Imagine a future: the freight trucks that deliver bread and milk to our grocery store shelves and the buses that take children to school and parents to work," she said.  "Imagine all the heavy-duty vehicles that keep our supply lines strong and allow our economy to grow. Imagine that they produce zero emissions. Well, you all imagined it."

“That’s why we’re here today,” she added. “Because we have the ability to see what can be unburdened by what has been and then to make the possible actually happen.”