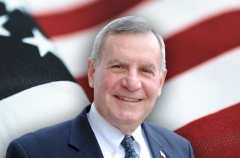 (CNS News) -- When asked whether he supported legislation that would allow a judge to reduce the penalty for assaulting a police officer from a felony to a misdemeanor in the Commonwealth of Virginia, House Delegate John Avoli (R-20th District) said he did not because it would "empower lawless rioters" to assault the people "charged with keeping our communities safe."

He added that the Democrats in the General Assembly who support the legislation "have chosen to side with criminals over law enforcement."

On Aug. 26 along party lines (21-15), the Virginia Senate passed SB 5032, which modifies the penalty for assault and battery committed against a police officer, judge, prison guard, or firefighter.

The bill essentially says that if a police officer, for instance, is assaulted and a jury or judge believes "the degree of culpability is slight," the offense can be reduced from a felony to a Class 1 misdemeanor.

The legislation is now under review in the Virginia House.

"I do not support SB 5032 nor do I support the House version," Delegate Avoli told CNS News in an email.  "This bill empowers lawless rioters, like we see across the country at this moment, to assault the very people charged with keeping our communities safe by diminishing the consequences for attacking first responders and those charged with upholding and interpreting our laws."

"This is inexcusable, irresponsible, and a blatant display of disrespect to law enforcement and emergency personnel," said Avoli. 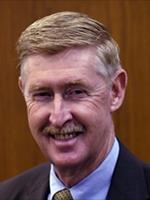 "Democrats have chosen to side with criminals over law enforcement," he said.  "My Republican colleagues and I will not relent in our fight to ensure that law enforcement officers have the tools, resources, and accountability they need in order to keep us safe!"

Delegate Terry L. Austin (R-19th District) also told CNS News by email, "No, I am not in favor of reducing the penalty from a felony to a misdemeanor."

A summary of SB 5032 states, "Assault and battery; penalty. Eliminates the mandatory minimum term of confinement for a simple assault or an assault and battery committed against a judge; magistrate; law-enforcement officer; correctional officer; person directly involved in the care, treatment, or supervision of inmates; firefighter; or volunteer firefighter or any emergency medical services personnel.

"The bill provides that any person charged with such offense where the degree of culpability is slight, a jury or the court may find the accused not guilty of such offense but guilty of a simple assault or assault and battery, punishable as a Class 1 misdemeanor.