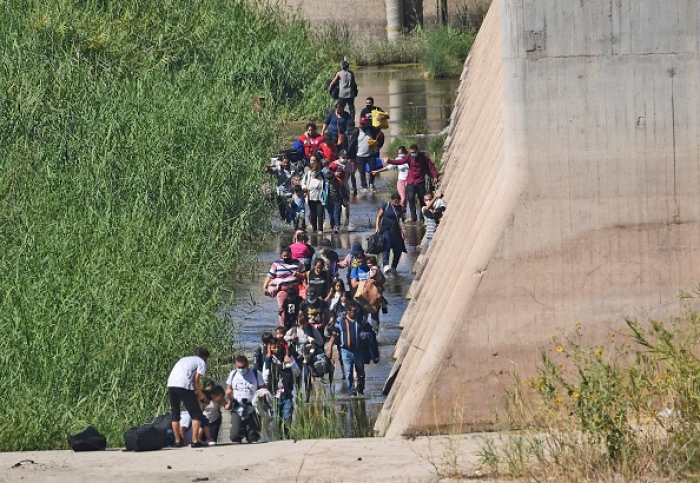 (CNSNews.com) – With five months of the fiscal year yet to go, the number of migrants encountered at the southwest border from countries other than Mexico and the “northern triangle” is already 33 percent higher than the number encountered in the entire fiscal year 2021.

The number of all migrants trying to cross the border from Mexico into the United States, is expected to rise even more – and significantly so – if Title 42 is terminated, according to Republican critics.

The public health authority, which since 2020 has allowed the expulsion of illegal migrants without a court hearing due to concerns about the spread of COVID-19, is set to expire on May 23, unless federal court action delays or prevents the move.

Overall, the U.S. Customs and Border Protection (CBP) recorded a new record-high 234,088 encounters in April with migrants of all nationalities trying to enter the U.S. illegally on the southwest border, stopped either by U.S. Border Patrol agents or by the Office of Field Operations officers at a port of entry. That’s 30.9 percent more than in April 2021, when a total of 178,795 encounters were reported.

Leaving aside encounters with migrants from Mexico and the northern triangle countries of Guatemala, Honduras and El Salvador, the CBP recorded 108,555 encounters in April with individuals from the rest of the world. 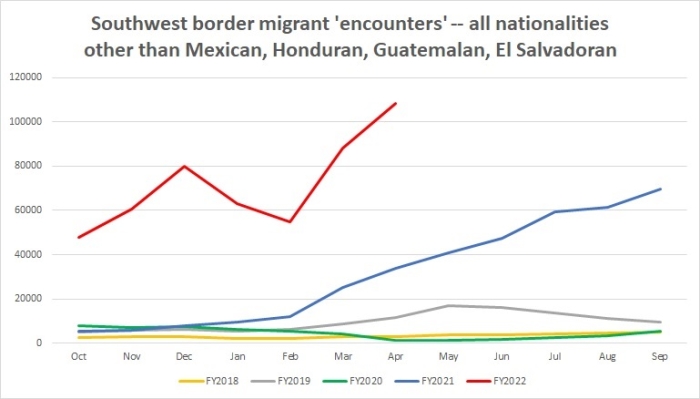 Migrants originating from Cuba, Nicaragua, and Colombia have accounted for especially large increases in the number of encounters over the past year. 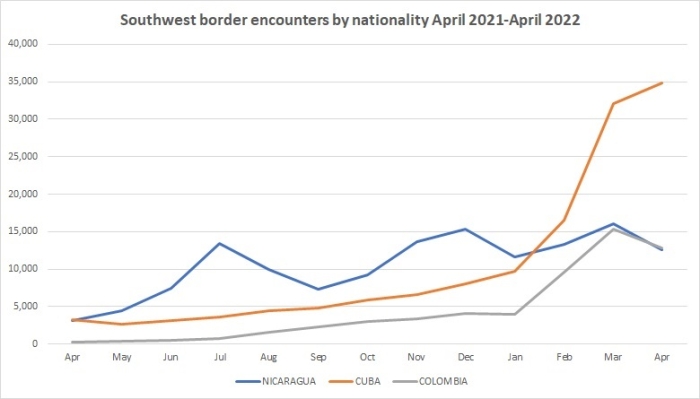 The CBP tallies “encounters” with illegal migrants since it says many individuals are stopped more than once. Of the total of 234,088 southwest border migrant encounters in April, it said 28 percent were with people who had been involved in at least one previous encounter over the past 12 months.

Of the total 234,088 encounters in April, 96,908 (41 percent) of the individuals stopped were processed for expulsion under the pandemic-related Title 42, and 137,180 were processed under the traditional Title 8 authority.

Title 8 allows for the speedy removal of anyone who attempts to enter without authorization, and who are unable to establish a legal basis to remain, such as a valid asylum claim.