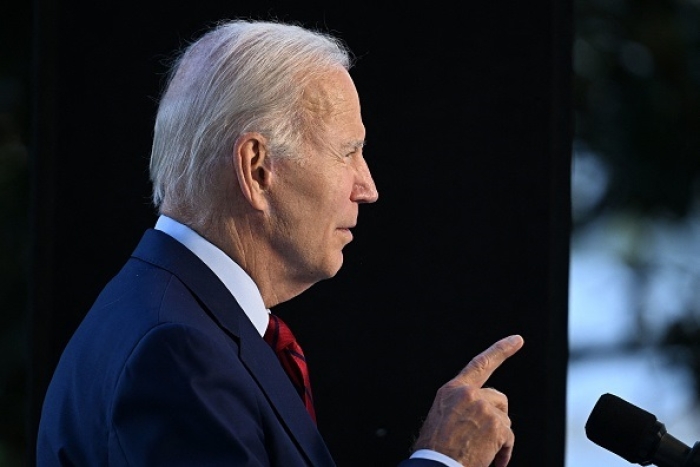 "He carved a trial of murder and violence against American citizens, American service members, American diplomats, and American interests," Biden said. "He made videos, including in recent weeks, calling for his followers to attack the United States and our allies."

Biden reminded Americans that when he ended the U.S. military mission in Afghanistan a year ago (a botched and deadly withdrawal), "I made a promise to the American people that we'd continue to conduct effective counterterrorism operations in Afghanistan and beyond."

Biden said the drone strike on al-Zawahiri "is a clear demonstration that we will -- we can and we'll always make good on the solemn pledge. My administration will continue to vigilantly monitor and address threats from al-Qaida, no matter where they emanate from. As commander in chief, it is my solemn responsibility to make America safe in a dangerous world."

Biden invoked memories of 9/11, mentioning his visit last September 11 to Ground Zero in New York City, to Shanksville, Pennsylvania and to the Pentagon.

And he had a message for "those around the world who continue to seek to harm the United States -- hear me now,” said Biden. “We will always remain vigilant and we will act, and we will always do what is necessary to ensure the safety and security of Americans, at home and around the globe."

At the end of his speech Monday night, Biden remembered Americans killed by terrorists and vowed to protect the living: "And we pledge that we shall never waver from defending our nation and its people."

Biden's remarks focused only on terrorism and al-Zawahiri.

But his pledge to "defend our nation and its people" rings hollow closer to home, where the wide open southwest border poses a daily threat to the "safety and security of Americans," given the record flow of drugs and unvetted foreigners pouring illegally into the country.

According to U.S. Customs and Border Protection, CBP agents have encountered 56 people on the terrorist watchlist illegally crossing the southwest border so far this fiscal year, which began in October. That compares with 15 such encounters in all of Fiscal Year 2021; 3 in FY 2020; and 0 in FY 2019.

CBP says, "Encounters of watchlisted individuals at our borders are very uncommon." But no one knows how many known or suspected terrorists have illegally crossed the southwest border undetected.

Under the Biden administration's lenient immigration policies, illegal border crossings have soared to all-time highs. President Biden has not been to the U.S.-Mexico border, and far from discouraging illegal immigration, he has reversed Trump-era policies that effectively curtailed it.

Meanwhile, according to the Drug Enforcement Administration, "Drug-related deaths are plaguing the nation and killing Americans at an unprecedented rate. Last year alone, nearly 108,000 lives were lost to a drug overdose, with fentanyl and methamphetamine driving this record increase...It’s simply not acceptable." 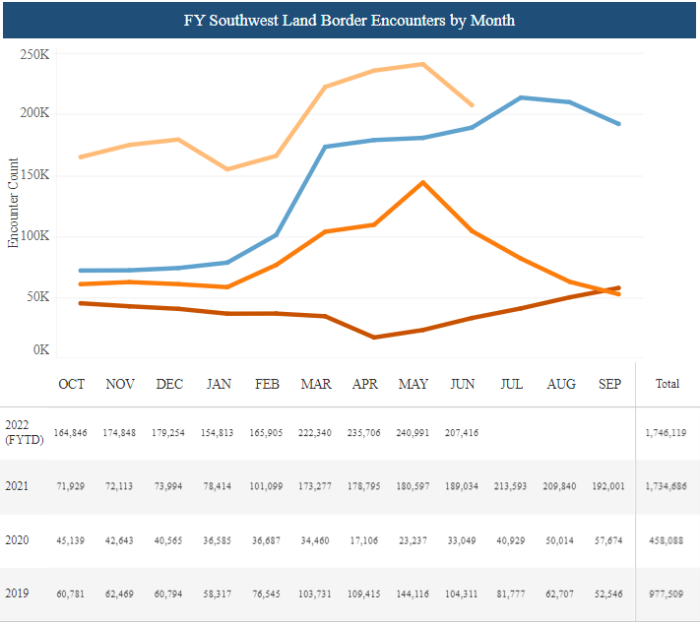