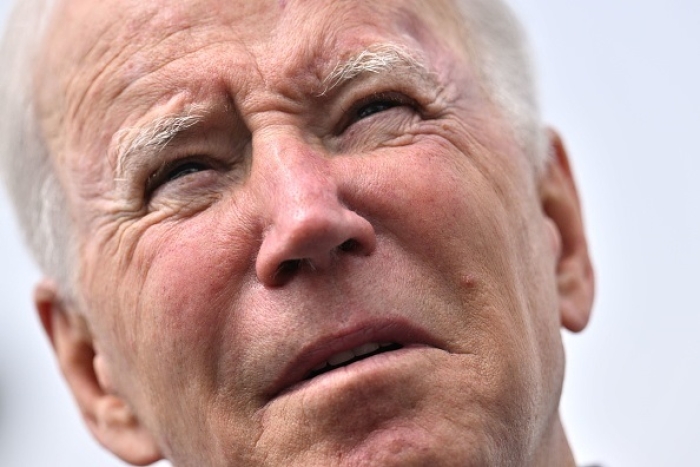 (CNSNews.com) - President Joe Biden on Sunday once again blamed the war in Ukraine for the rising price of gasoline, now averaging $5 a gallon nationally for the first time ever.

"It’s outrageous what the war in — in Ukraine is causing," Biden said.

"And we’re trying very hard to make sure that we can — we’ve significantly increased the number of barrels of oil that are being pumped out of the — the reserve we have.  We got 240,000 barrels as well coming from other nations. We’re going to keep pushing on it."

But the day before, on Saturday, Biden told a Democrat fundraiser in Beverly Hills, California, Biden said, "We're going to live with this inflation for a while."

"And we’re trying to bring down the price of gas, keep it from going up as rapidly as it is," Biden said.

But not to worry, Biden told Democrats: "There's more than one way to deal with the impact of inflation on average families. We can lower the prices for other things they have to pay for on a monthly basis."

But millions of American need neither insulin nor daycare, while almost all Americans are impacted by rising food and fuel costs.

WH: We're Doing 'Everything That We Can' to Lower Gas Prices, But 'I Don’t Have Anything to Preview For You'