COVID Coordinator: 'We May See a Pretty Sizable Wave of Infections, Hospitalizations and Deaths This Fall and Winter' 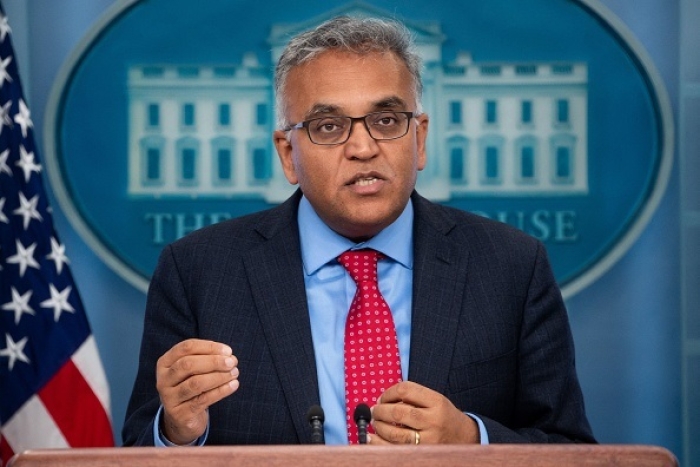 (CNSNews.com) - Dr. Ashish Jha, the new White House COVID response coordinator, is warning of a COVID surge as he urges Congress to appropriate billions more dollars to pay for vaccines and treatments he says will be needed in a matter of months.

"You know, if you take a step back and look at the last two winters, we've had relatively large surges of infections," Jha told ABC's "This Week" with Martha Raddatz:

"What we're -- and we're looking at a range of models, both internal and external models. And what they're predicting is that if we don't get ahead of this thing, we're going to have a lot of waning immunity, this virus continues to evolve and we may see a pretty sizable wave of infections, hospitalizations and deaths this fall and winter.

"Whether that happens or not is largely up to us as a country. If we can prepare and if we can act, we can prevent that. But we're going to need Congress' help. And that's one of the key messages here is, we need the resources to fight that battle so we don't have that kind of fall and winter."

The Biden administration is asking Congress for another $22.5 billion in emergency COVID aid, but Senate Republicans have trimmed the package to $10 billion. So far, no bill has passed.

Jha said the need for funding is urgent:

"So if Congress doesn't step up and fund these, I think, urgent emergent priorities, and they have to do it now. We can't wait until the fall. It will be too late. If -- if Congress does not do that now, we will go into this fall and winter with none of the capabilities that we have developed over the last two years."

Jha said it doesn't look like a "new major variant" is behind the rising COVID cases.

"We assume that this virus will continue to evolve, as we have seen it evolve and we're basing it on that. That said, what we know is, for instance, that we've seen a surge of infections here in the Northeast. We have not seen a huge spike of deaths because the population is so well vaccinated and boosted. That's not true for the whole country.

"So we have got to continue plugging away at getting more people vaccinated and boosted. We've got to get more therapeutics in place. If we have the resources to do all of that, I do think we can get through this winter without a lot of suffering and death."

According to the federal Centers for Disease Control and Prevention, as of May 6, there have been 997,444 deaths attributed to COVID-19 on death certificates since January 2020.