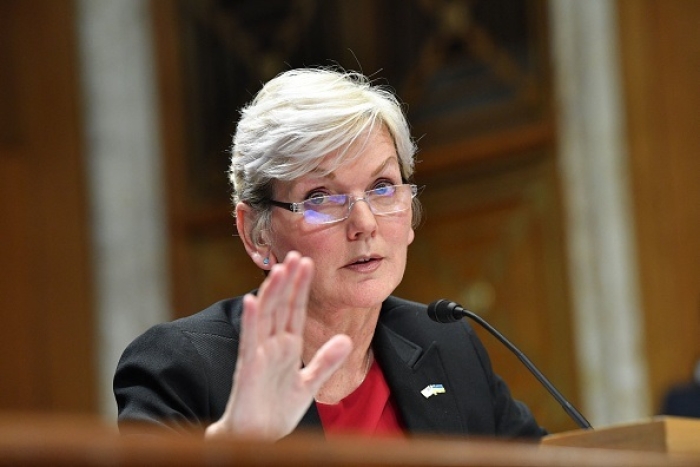 (CNSNews.com) - Energy Secretary Jennifer Granholm told CNN's "State of the Union" on Sunday that the Democrats' so-called Inflation Reduction Act will lower costs for Americans -- Americans who buy expensive energy-efficient products, that is.

"First of all, immediately, people will be able to lower the fuel costs in their home," Granholm told CNN's Brianna Keilar:

“And on top of that, of course, if citizens want to install solar panels on their roofs, so that they can generate their own power, that's another 30 percent tax credit.

“And, of course, there's the tax credits that are at the dealership for the automotive sector for electric vehicles, so -- and if you install an electric vehicle charging station in your home, you can also get a tax credit.

“So there's many ways that this bill lowers the costs for everyday citizens. And that's one of the reasons why it's anti-inflationary, is to lower the cost, and, in addition to that, of course, lowering the cost of prescription drugs for people and capping the amount of out-of-pocket expenses that senior citizens pay for their prescription drugs, et cetera.

“So -- and let me just say, Brianna, this president has been focused on everyday people throughout his presidency. There have been four bills that have been significant, passed as part of his overall economic plan to lower costs and create jobs.

“And this bill is the biggest -- the biggest action on climate that any administration has passed, in the history of the United States times 10. So, it's a—“

"And," Keilar continued, "When you're talking about a tax credit on solar panels, electric vehicles, energy-efficient appliances and windows, people who are spending money on those things aren't the ones who are living paycheck to paycheck and inflation is hitting the most."

Granholm pointed to people who qualify for "weatherization."

"There was a massive increase, billions of dollars, for people who are low and moderate income to be able to weatherize their home and save money right away. Thirty -- up to 30 percent of energy bills can be saved.

“That was part of the bipartisan infrastructure law [not the Inflation Reduction Act], which is one of the four pieces of legislation that I think have the biggest impact on lowering costs for people that has been passed by this president.

Granholm admitted that "nuclear energy" has to be part of clean energy technologies:

"And so there is -- there is money both in the bipartisan infrastructure law, as well as in the Inflation Reduction Act, to incentivize the development and keeping the existing fleet online as well. So, nuclear has to be a part of that."