Gingrich: Biden's Staff 'Must Be Insane' to Book Him on a Comedy Show 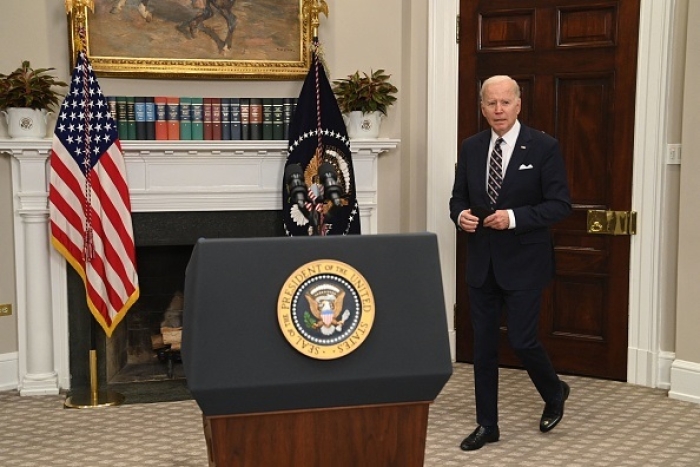 President Joe Biden tends to answer reporters' questions on the fly, but he shies away from formal news conferences. (Photo by SAUL LOEB/AFP via Getty Images)

(CNSNews.com) - President Biden hasn't granted any reporter a sit-down interview in almost four months, nor has he held any prime-time news conferences so far this year.

His first "sit-down" will come this week, when he's scheduled to appear on the late-night comedy show, "Jimmy Kimmel Live."

"I mean, how do you sit around in a room and say to each other, I've got it. We're going to put Joe on a comedy show, so we have lots of people laughing when they can't afford the gasoline.

“I mean, you can't imagine how dumb the White House staff must be, and how out of touch with the real world to think that that would make any sense," Gingrich said.

Kimmel told "Extra TV" on Monday that he has "a lot of questions" for Biden.

Obviously, there are a lot of terrible things going on, so a lot of it will be -- it will be more serious than it would typically be. Because, you know, everything a president does is interesting in some way...so you have to kind of whittle it down.

"And I guess I'm going to have to think about it. But I think the biggest question would be, 'Should we move?'"

Biden last appeared on Kimmel's show in September 2019 when he was running for President. At that time, he warned against re-electing Donald Trump, saying that "eight years of Donald Trump will fundamentally alter the character of this nation, in my view."