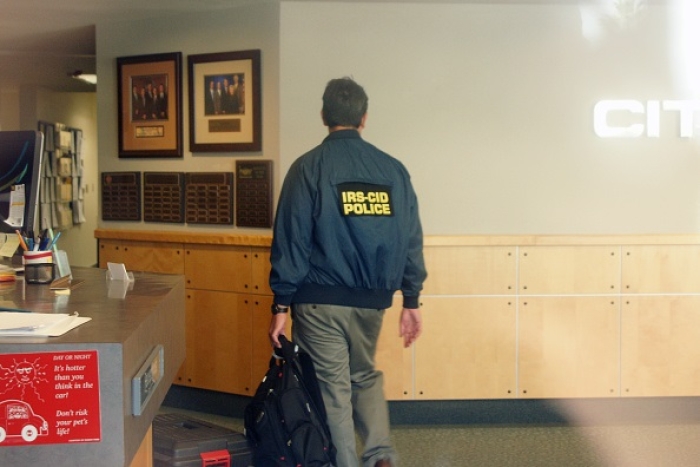 (CNSNews.com) - The Biden administration insists that hiring 87,000 new IRS agents will not increase the current audit rate of taxpayers earning less than $400,000. It's the wealthy tax evaders they say they'll go after.

Nonsense, said Rep. Jim Jordan (R-Ohio) and former Arkansas Gov. Mike Huckabee, who appeared together on Fox News Wednesday night. Both men agreed that the IRS will go after conservative nonprofits and people who don't use accountants to do their taxes:

"What's going to happen is the low-hanging fruit is what gets picked first, and that's the people who file their own tax returns," Huckabee said:

"People who if they do get audited are basically going to throw up my hands and say how much do I have to pay to get this to go away.

"You're exactly right, Joe Biden can say all day long that he's going after billionaires and the rich people. But as you pointed out, the really wealthy people of America have rooms filled with lawyers and accountants and their job is, first of all, to file the tax returns appropriately to begin with. These are not people who try to cheat the taxes, it's not worth it.

"The second thing, if they do get audited, they know how to fight. But the guy down at the bottom doesn't. So this is going to be just a nightmare.

"And I'll tell you, one of the groups that needs to be careful, all these nonprofit who are pro-life Christian and conservative, it will be Lois Lerner all over again targeting these people because they don't have rooms filled with lawyers and accountants."

"Fifty pro-life crisis pregnancy centers have been attacked over the last 14 weeks. They're going to be attacked now -- I mean, they've been assaulted, graffiti, all kinds of things. They're now going to be, as you pointed out, the ones who are going to be visited by these tax bureaucrats at the IRS."

The authority to hire 87,000 additional IRS agents is found in the Democrats' so-called Inflation Reduction Act, which passed the Senate and looks likely to pass the House on Friday (more than a hundred lawmakers will call in their votes remotely).

Jordan said there's a "slim chance" it won't pass the House, but "I think it's unlikely."

"But let's hope we can stop it, because...87,000 agents going to use your tax money to come after you, the taxpayer. And understand who these people are going to be. We know they're going to be left-wing bureaucrats. They're probably not going to have to pay $5 to drive into work like everyone else does because they're going to work remote and go after the very people who do bust their tail and do have to go to work, who can't zoom it in and remote work.