Rush Limbaugh Flashback: 'Abortion Is at the Root of So Much That Has and Is Going Wrong in This Country' 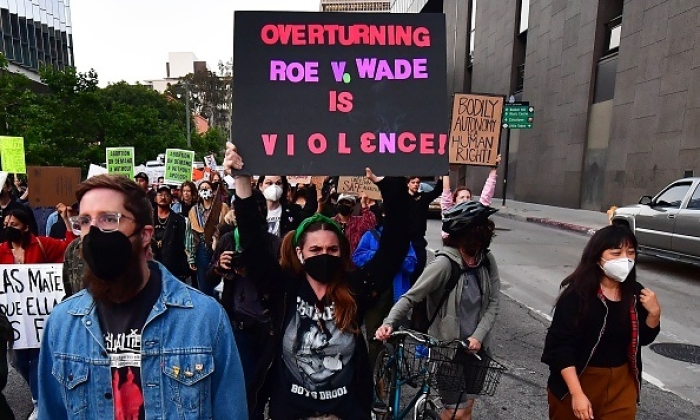 Abortion advocates march in protest in downtown Los Angeles on May 3, 2022. (Photo by FREDERIC J. BROWN/AFP via Getty Images)

(CNSNews.com) - Nine years ago, on June 14, 2013, the late Rush Limbaugh explained why the legalization of abortion "has caused all kinds of horrible problems that nobody knows how to fix."

"I just want to tell you something," Limbaugh told his listeners:

"And if it’s not at the root of everything, it’s clearly had a profound impact on our culture, our society, and our politics, I think in ways that people don’t even stop to consider. None of it good and it’s caused all kinds of horrible problems that nobody knows how to fix. Because they refuse to even accept that abortion is more than what it is.

"To most people, it’s just a woman’s right to choose, and it’s nobody’s business, and leave it alone, and I don’t want to talk about it. But it’s really had much more impact on this country than just that. It’s had impact on crime. It’s had a profound impact on our politics. It is at the root of our cultural rot and decay.

"You can trace the problems with accepting personal responsibility, no consequences for your actions, you can trace so much right back to it. And I’m not talking about the women. I’m talking the overall effect of a society having literally no problem with eliminating 52 million of its citizens. That can’t be good. Much of it is a subliminal subconscious effect, obviously. It’s not something that’s apparent. But it makes all kinds of sense when it’s explained to you, and perhaps someday I will.

"Nancy Pelosi was in an interview recently with Weekly Standard, and she really, to prove my point here, or to illustrate it, she was asked about Kermit Gosnell, and she doesn’t see anything wrong there. That’s no different than third trimester abortions.

And, by the way, that’s it, she wasn’t gonna talk any more about it because she is a devout Catholic. She has six kids, and it isn’t about politics, and she’s not gonna discuss it anymore, she said, because the interviewer was taking it in the direction of politics, and abortion isn’t politics. Abortion is sacred ground, she said. It is the sacrament of liberalism, is what it is.

"I don’t know how you can have so much white guilt over slavery 150 years ago and have no guilt over what’s happening with abortion. I really don’t. I think it is the cause of so much that seems to be inexplicable to people. Why are 10-year-olds shooting each other to death in Chicago? Why is our society so permissive, anything goes, the more ribald, the better? The more honorable, the more boring it is said to be."

In that same monologue, Limbaugh tied amnesty for illegal aliens to abortion.

Democrats need money and a "permanent underclass" to "keep winning elections and stay in power."

"If you use the popularly accepted figure of 1.3 million abortions a year, go back to Roe vs. Wade 1973, 52 million taxpayers haven’t been born, is the way Washington looks at it," Limbaugh said.