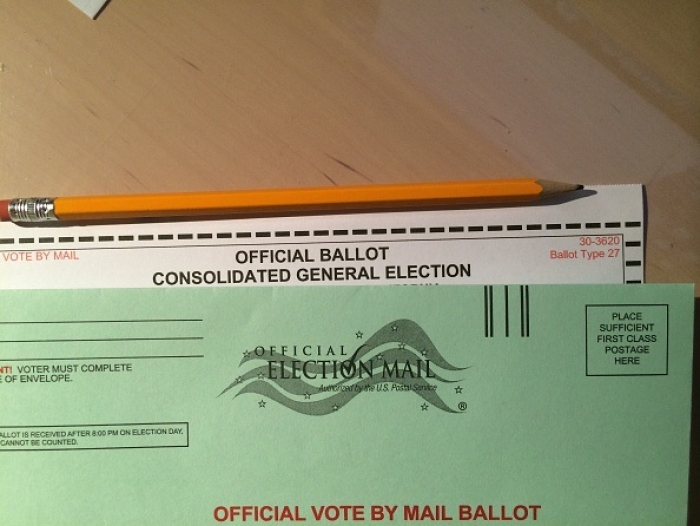 Elections run on paper, which is said to be in short supply this year. (Photo by Getty Images)

(CNSNews.com) - Here's another shortage to add to the list of domestic challenges: A shortage of paper for printing ballots and other election materials hangs over the 2022 election -- a situation of "utmost gravity," an election administration advisor told Congress on Thursday.

Tammy Patrick currently serves as the senior advisor to the elections team at the Democracy Fund, and she told the Senate Rules and Administration Committee that she's worked in the election administration field for almost 20 years.

Many of the North American paper mills opted to change production to the more lucrative corrugated product, Patrick explained.

"Ballot and envelope printers and vendors began seeing these issues in late 2021 and started to ask their election official customers to get their orders in early," Patrick said.

"In order to take care of their customers, they placed their paper orders well in advance of normal schedules. Standard turnaround times have gone from a few weeks to many months to fulfill and it is now common for orders to be incomplete — partial shipments, back-orders, and outright cancellations are becoming typical.

"Even orders placed as early as October of 2021 (for partial delivery in March of 2022 and the balance later in the year) are still unfulfilled for some states."

"And because of that, we need a higher quality of paper because we need to make sure that it's pristine paper -- it doesn't have filaments it doesn't have other things that can capture the light and in some way misrepresent a voter's mark as an errant mark, what have you.

"So you just can't go down to Staples or Office Depot and use any sort of paper. You have to have a specific type of paper that is of high quality and that has always and traditionally been obtained here in North America from the North American mills.

“So that's part of the tension is that it's a very unique paper product, it's a high-quality paper product, and in this time when the mills have turned their processing over to corrugation, it's becoming more and more difficult to obtain."

The paper shortage is less of a concern for election jurisdictions that use a vendor, but only if that vendor pre-ordered paper stock, and ordered it early.

Election office that print their own materials are now finding it difficult to get what they need, and in some cases, they cannot hire vendors, who are having trouble meeting the needs of existing customers, Patrick said.

States that changed their election policies, requiring new forms and ballots, may also feel the paper pinch, as may states that require different paper colors for envelopes, for example.

"Not all states and election offices will be impacted equally by the paper shortage," Patrick said. "States that offer online and automatic/automated voter registration and those that utilize electronic pollbooks to check in voters will not be as hard hit as those relying solely on paper registration and roster forms.

Patrick also said states with an all vote-by-mail/absentee voting system will "encounter issues with the paper shortage." She said states with mainly in-person voting may also have issues, but they are "better positioned due to their electronic check-in systems" and their "ballot-on-demand system that does not see the same amount of waste in unused ballots."

But Patrick made it clear she is not advocating in-person voting:

"To be very clear, the paper shortage is pervasive across the materials required to conduct an election. And simply limiting options for voters to in-person is not a viable solution. It is not just ballot paper but also paper used for postcards, poll worker training manuals, voting instructions, confirmation letters, voter registration forms, etc. It is pervasive and the situation is not getting better," she said.