DOJ: 56% of Federal Arrests in 2020 Took Place in 5 Judicial Districts Along U.S.-Mexico Border 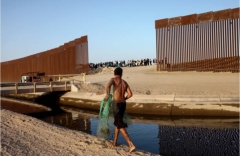 (CNSNews.com) - Fifty-six percent of all federal criminal arrests in fiscal 2020 took place in the five federal judicial districts that sit along the U.S.-Mexico border, says a new report from the U.S. Department of Justice. 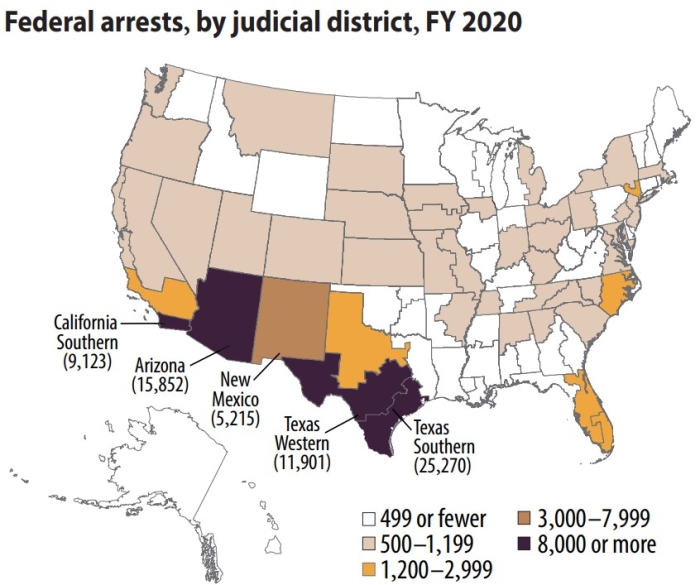 Among those five border districts, the greatest number of arrests took place in the Texas Southern district, where marshals processed 25,270 arrests. That equaled 21.0 percent of the national total of 120,112.

The second greatest number of arrests was in Arizona, where marshals processed 15,852 arrests, which equaled 13.2 percent of the national total of 120,112.

The third greatest number of arrests was in the Texas Western district, where marshals processed 11,901 arrests, which equaled 9.9 percent of the national total of 120,112. 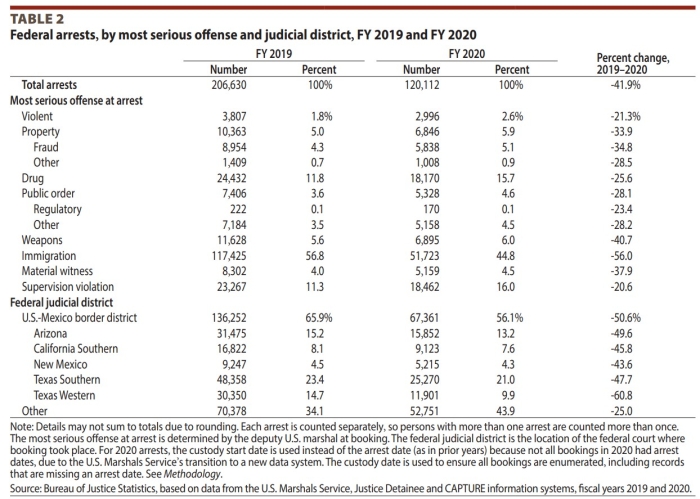 “Males who were charged were also more likely to be U.S. citizens (57%) than non-U.S. citizens (43%),” it said. “Other than the United States, the most common countries or regions of citizenship among male defendants were Mexico (31%), Central America (8%), and the Caribbean Islands (2%).”

Ninety-seven percent of the defendants adjudicated in the five districts along the border were convicted.

“Of the 71,126 defendants adjudicated in FY 2020, about 93% were convicted,” said the Bureau of Justice Statistics report.

The Bureau of Justice Statistics report noted that the COVID-19 pandemic caused a significant decrease in arrests, charges and convictions in 2020.

“The coronavirus pandemic drove an 81% decline in arrests and 77% decline in cases charged from March to April 2020,” said the report.

“The coronavirus pandemic has had a significant effect on all stages of the federal criminal justice process, from arrest to imprisonment,” it said. “U.S. courts modified operations in 2020. Fewer persons were arrested, prosecuted, convicted, and sentenced to prison. The largest decline in arrests and cases occurred from March 2020 to April 2020.”