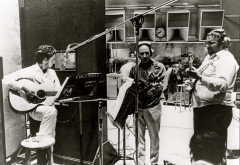 (CNSNews.com) - “I wanted to be a professional musician more than anything else in the world and ever since I learned three chords on a guitar that is all I cared about,” Charlie Daniels said in an interview with CNSNews.com.

In his new memoir—“Never Look at the Empty Seats”—Daniels tells the story of how he worked with unrelenting focus, starting in his teenage years in North Carolina in the 1950s, to make it in the music business.

One big break came in 1967, when he got a call from Bob Johnston, an old friend who was running the Columbia Records operation in Nashville. Another came in 1969, when Johnston arranged for him to participate in a recording session with Bob Dylan.

“I basically lived out of a suitcase from, well, you could say 1958 up until I met the love of my life [Hazel Daniels] in Tulsa, Oklahoma, and we got married in 1964. And I needed a home. I needed an address,” Daniels told CNSNews.com. 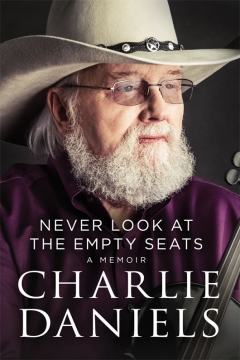 “My son was born in 1965, and it was time to—I can’t say settle down because we didn’t do that, I kept traveling—but at least have a home,” he said. “So, we lived in Tulsa, Oklahoma for a while, and then we moved to Kentucky, to Newport, Kentucky.”

Then came a call that was a turning point in his life.

“It was a tough move for a while,” he said. “Nashville is probably, well, at least one of the most competitive music cities in the country. You’re throwing your hat into the ring. And it took a while to get your thing going. But that was probably the best move I ever made. I’d always wanted to live in Nashville. I tell people now when I leave Tennessee I want to go to heaven. It is the only other place I want to be other than Tennessee.”

In 1969, Bob Dylan came to Nashville to record an album—“Nashville Syline”—that Bob Johnston would produce. Daniels wanted to play on it.

“I was and still am a big Dylan fan and admirer, so I asked Bob Johnston if there was any way he could let me play on just one session,” Daniels writes in “Never Look at the Empty Seats.”

“I was the hungriest musician in the studio,” writes Daniels. “I hung on every note that Bob Dylan sang and played on his guitar and did my best to interpret his music with feeling and passion.”

“Well, as far as a studio musician would be concerned, it would be the Bob Dylan session,” said Daniels.

“I was only supposed to play one session,” said Daniels. “I was filling in for somebody and it ended up that he wanted me to stay, and asked--actually said when I was leaving: ‘Where’s he going. I want him to stay’--type thing. And I stayed around for not only that album but two others. And that would have to be one of my—that was a defining moment for me when Bob Dylan kept me around. Because Bob is always putting the names of the recording musicians on the back of his albums. And being the kind of artist that he is, that everybody wants to know as much about him as they can, they actually read the liner notes and they would see my name on there. It leant some validity to me in my career.”

In 1973, the Charlie Daniels Band had a breakthrough single with “Uneasy Rider,” which was recorded on their “Honey in the Rock” album. Then, the next year, they released “Fire on the Mountain”--which included the hit songs “Long Haired Country Boy” and the “South’s Going to Do It Again.” The album sold four million copies.

“We finally had the whole package and we knew it,” Daniels writes in his memoir.

In 2016, Charlie Daniels was inducted into the Country Music Hall of Fame. In his acceptance speech he said:

“It’s been a great ride, gang. We’re still in the saddle, and it ain’t over by a long shot. Bring it on.”

You can watch the entire CNSNews.com interview with Charlie Daniels here: