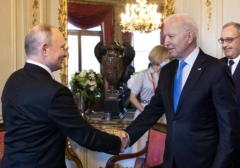 (CNSNews.com) - The price of gasoline rose by 48.0 percent from March 2021 to March 2022, according to numbers released today by the Bureau of Labor Statistics.

In just one month—from February to March—the seasonally adjusted price of gasoline went up 18.3 percent.

“Increases in the indexes for gasoline, shelter, and food were the largest contributors to the seasonally adjusted all items increase,” said the BLS’s Consumer Price Index statement released today.

“The gasoline index rose 18.3 percent in March and accounted for over half of the all-items monthly increase; other energy component indexes also increased,” it said.