Former Alito Clerk: Dobbs is ‘Most Important Supreme Court Decision Since Brown v. Board of Education’ 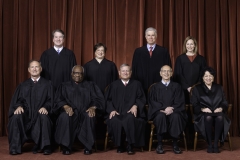 (CNS News) – At a July 6 event at the Heritage Foundation to review the Supreme Court’s 2021-22 term, J. Joel Alicea, a counsel at Cooper & Kirk and an Assistant Professor of Law at Catholic University of America Columbus School of Law, said “Dobbs v. Jackson Women’s Health Organization is the most important Supreme Court decision since Brown v. Board of Education.”

Dobbs, which was decided late last month, overturned the constitutional protection for abortion established by the 1973 case Roe v. Wade.

At the event in Washington, D.C., Alicea said the Dobbs decision marked the beginning of a new era for the Supreme Court. He predicted that the Court would likely reconsider important cases from the New Deal-, Warren-, and Burger-era Courts, all of which were led by liberal justices.

The Dobbs decision began by asking if Roe was rightly decided, Alicea explained. Since a right to abortion is not in the Constitution, the Court investigated whether or not it was an “unenumerated right,” or a right that is not listed but is implicitly protected by the Constitution. 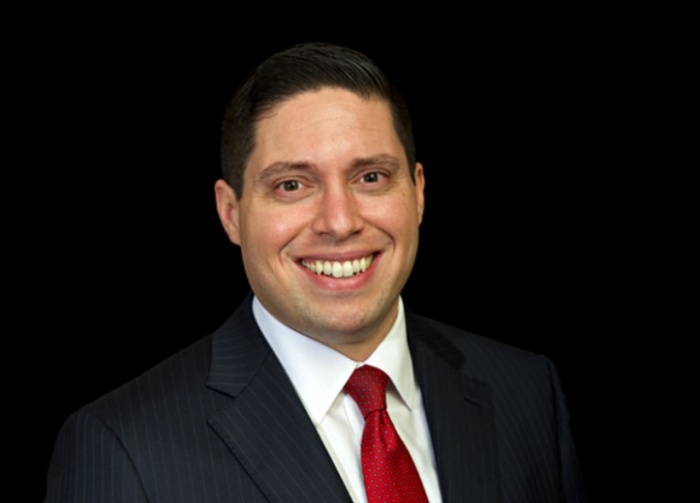 Alicea pointed out that the dissent written by Justices Breyer, Sotomayor, and Kagan does not dispute this historical analysis.

The decision also made a couple of other points that are noteworthy, he said. It entirely rejected the idea that the Court should ever take public opinion of the Court into account when making its decisions, whereas the decision in Casey, which upheld Roe in the 90s, partially relied on public perception; it separated abortion from any other privacy issues because abortion involves the extermination of “potential human life;” and it held it did not matter that there had been no legal or factual changes since Roe was decided because Roe was “egregiously wrong.”

The dissenting opinion in the Dobbs case claimed that the majority opinion was too “cavalier” in its treatment of the precedents established by Roe v. Wade, Alecia noted. It also argued that the decision “threatens the broader fabric of Constitutional law,” by jeopardizing Court rulings that have established the rights to contraception, gay marriage, and more. 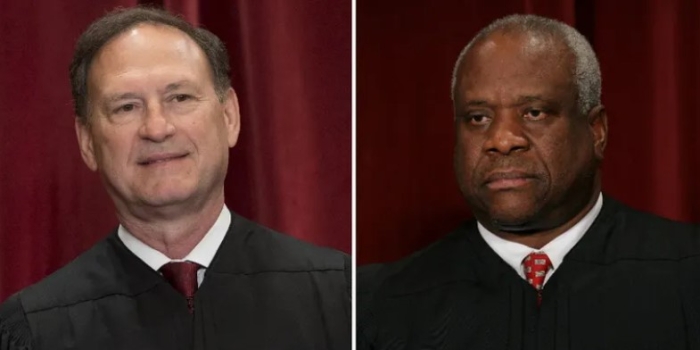 Justice Clarence Thomas had made a similar point in his concurrence, arguing that the precedents for those decisions should be revisited, although the majority opinion explicitly states that those cases are in no way jeopardized by the Dobbs decision.

Jess Bravin, another panelist at the event, challenged the logic behind Lawrence v. Texas, the case which prohibited states from enforcing sodomy laws. “If you’re taking a very narrow view of the individual rights provisions [of the Constitution], as the Court did in Dobbs, it does ask some questions,” said Bravin. “For example, why is Lawrence v. Texas right? What would be the reason that that is right if Roe and Casey are wrong?”

Sarah Harris, however, articulated her belief that precedents such as Lawrence will not be challenged by the logic behind Dobbs. In her words, “little is new in his [Justice Thomas’] concurrence.” As she views things now, “I don’t see the Court saying that it’s open season on everything under the sun.”

The Court’s decision in Dobbs v. Jackson Women’s Health Organization overturned both Roe and Casey by holding that the Constitution does not confer a right to abortion. States are now free to regulate or prohibit abortion in any way they see fit, and Congress may also pass federal legislation on the matter.

Alicea, who earned his law degree from Harvard Law School, was a clerk to Justice Samuel Alito in 2016-17.