Sen. Warren: ‘I Believe the Biden Administration Will Have Brought Down the National Debt’ 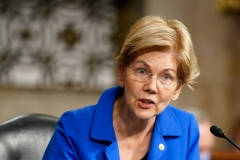 (CNS News) – When asked if Congress would ever balance the budget, Senator Elizabeth Warren (D-Mass.) did not answer directly but said the Biden administration has brought down the national debt, while the Trump administration caused it to “balloon.”

At the U.S. Capitol on July 26, CNS News asked Warren, “The federal government collected record taxes in the first nine months of this fiscal year, but still ran a $515 billion deficit. Will Congress ever balance the budget?”

The federal budget is considered to be “balanced” when its spending equals its revenue. If the government spends more than it takes in, it borrows the money needed to make up the “deficit.” This is called deficit spending.

The national debt is the accumulation of that borrowed money and the interest payments on it year after year.  As explained by the Treasury Department, “the national debt is similar to a person using a credit card for purchases and not paying off the full balance each month. The cost of purchases exceeding the amount paid off represents a deficit, while accumulated deficits over time represents a person’s overall debt.”

Under the Trump administration in fiscal years, from FY2018 – FY 2021, the national debt rose dramatically from $21.5 trillion to $28.4 trillion. Some of that spending and debt reportedly were triggered by the COVID pandemic.

Historically, the U.S. national debt did not cross the $1 trillion threshold until 1982. 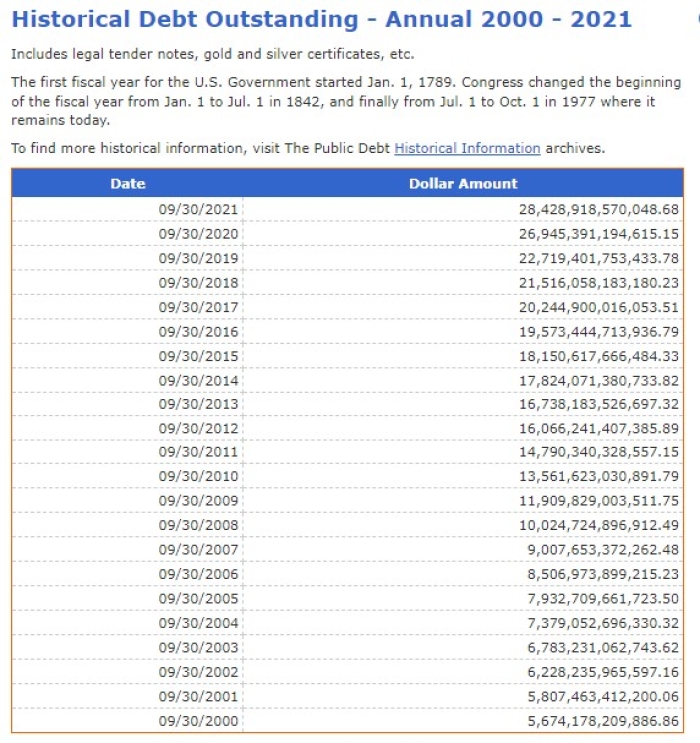