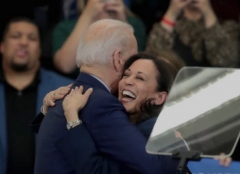 (CNSNews.com) - The U.S. Attorney’s Office for the District of Arizona charged 214 individuals in April with “illegal reentry” to the United States. These included 190 people who had already been convicted of non-immigration crimes inside the United States.

These included 46 illegal aliens who had violent crime convictions, according to the Office of the U.S. Attorney.

Here is the text of the release summarizing the arrests that was put out by the Office of the U.S. Attorney for Arizona:

214 individuals were charged in April with illegal reentry

A.  190 of those 214 individuals had previously been convicted of non-immigration criminal offenses in the U.S.

Of the 190 individuals with non-immigration criminal records:

1.  46 had violent crime convictions, including:

B.  106 of those 214 individuals had been deported three or more times

52 individuals were charged in April with alien smuggling

Criminal conviction information is based on preliminary criminal history reports provided by the arresting agency.

These numbers represent United States Attorney's Office prosecutions only. These numbers do not include individuals apprehended by immigration enforcement officials and subjected solely to administrative process.

*The Department of Homeland Security instituted a policy in March 2020 of expeditiously returning aliens who illegally enter the United States rather than detaining them. The decreased number of individuals presented to this Office for prosecution coincides with the implementation of that policy and other COVID-19 related border restrictions.