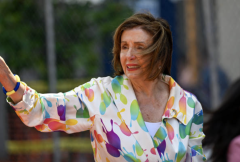 (CNSNews.com) - House Speaker Nancy Pelosi (D.-Calif,) put out a statement on Thursday announcing that the $1.7 trillion omnibus spending bill that President Joe Biden signed into law that day would send $30 million to San Francisco for “community projects” including $2 million for a center that serves “LGBTQQ+ youth, especially trans and non-binary youth.”

“These investments – which will support neighborhood-serving organizations that are helping meet the needs of Bay Area families – were included in the government funding package signed into law today by President Biden,” the statement said. 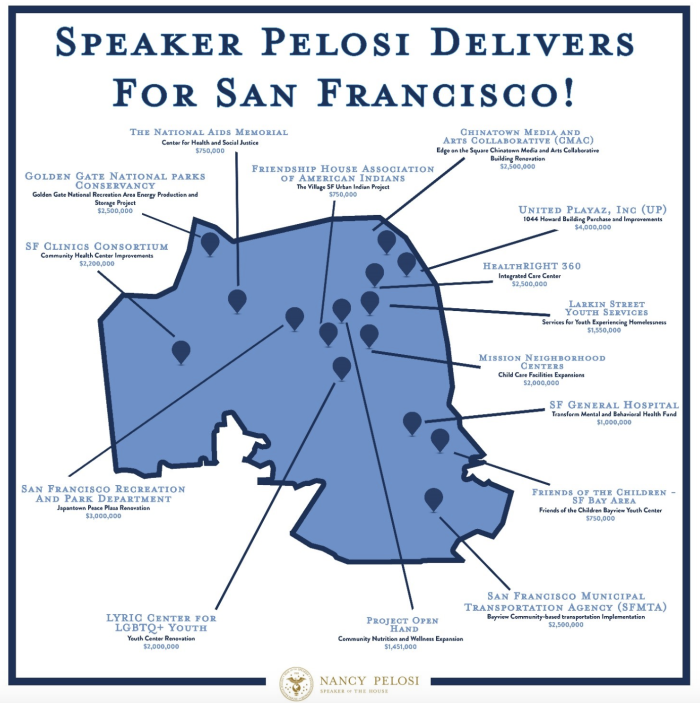 Speaker Pelosi included this map of organizations and projects in San Francisco that would be funded by the $1.7 trillion omnibus. (Screen Capture)

Pelosi's statement included a quote from the vice president of LYRIC. It said:

“These federal funds will increase the current LYRIC space by 40% which will allow us to serve more LGBTQQ+ youth, especially trans and non-binary youth, here in San Francisco,” said Adam-Michael Royston, Vice President of LYRIC.  “The LYRIC center is the second oldest LGBTQQ+ youth center in the country and with trans youth under attack across the country we have seen a tremendous increase in our services – specifically mental health and gender affirming care and these funds will allow us to serve more than 3,000 youth in San Francisco a year.”