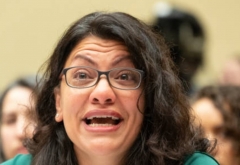 Rep. Rashida Tlaib (D.-Mich.) is criticizing the COVID-19 relief measure which is providing $1,400 per resident of the United States with incomes under $75,000.

Instead, Tlaib wants the government to give people monthly payments of $2,000 “every month.”

“One time survival checks don’t cut it when the bills haven’t stopped coming in every month,” Tlaib said in a tweet that she has pinned at the top of her Twitter page.

Under the American Rescue Plan Act, which President Joe Biden signed into law on March 11, residents of the United States are getting $1,400 one-time payments for themselves, plus $1,400 payments for each dependent they have.