(CNS News) – Since Donald Trump took office in 2017, federal spending has soared to record highs, pushing the federal debt up more than $6.5 trillion to a total of more than $26.5 trillion. Some conservative leaders denounced this spending as “deadly” and appalling and stressed that GOP members of Congress are not serious about the debt or reducing the size of the government.

Over the last few days, CNS News sent the following question to numerous conservatives across the country: “Republicans have controlled both the White House and the Senate for the past 42 months, but during that time the federal debt has climbed more than 6 and a half trillion dollars--rising from about 19.9 trillion to $26.5 trillion. Do you believe the Republicans are serious about rolling back the federal debt? What should Congress do to roll it back?” 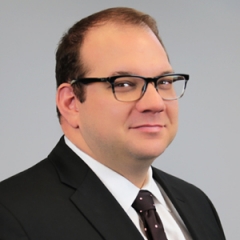 Adam Brandon, president of Freedom Works, an advocacy group for U.S. taxpayers, said he does not believe the Republicans are serious about rolling back the federal debt.

“No, I don’t. No, I don’t,” Brandon told CNS News. “I came to Washington because of the fiscal issues, the spending issues. That's the mark I would like to make, is helping to get this fiscal house in order." 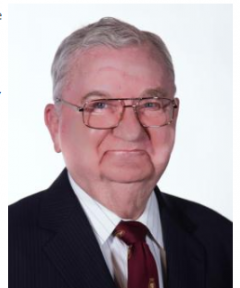 Brandon continued, “And so it's hard for me to give anyone higher than an ‘F’ on spending in this town. There were trillion dollar deficits even before COVID and now we are looking at all this money that is being spent right now. Sometimes I feel very alone, but this is going to come back and bite us.”

Morton Blackwell is the president and founder of the Leadership Institute, an organization that is dedicated to teaching conservative activism.

Concerning the federal debt increase, Blackwell told CNS News, “Well, the pressures have been overwhelming to spend more and more money and, frankly, that is deadly to the long-term economic survival of the United States.”

“It's as if all of the lessons of history have been forgotten,” said Blackwell.  “And that somehow the United States is able to spend without limit, and with no adverse consequences. That is terribly wrong. And I think most of the people living today will come to understand this when the economy comes crashing down.”

When asked what could be done, Cori said, “Stop spending. When you get yourself into a hole, the first thing you need to do is stop digging.”

Lew Uhler, founder and president of the National Tax Limitation Committee, a pro-taxpayer/entrepreneur organization, pointed to the COVID-19 spending as a major factor to consider. 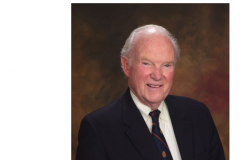 “Yes, I do believe [Republicans] are, we are in this very unfortunate wedge period,” he told CNS News.  “We were, as of last December and January, as you recall, we were enjoying rapid economic growth, and then this COVID-19 thing hit, which has turned us upside down.”

“Now, if we can get back to business, and we can get the tax reform working again, then it will be reducing the expenditure level of the nation,” said Uhler. “And assuming that conservatives win the White House and the Congress this time around, then we will be fighting for ‘right sizing government,’ something that never before has been done.”

“The size of government at all levels, federal, state and the cost of government regulation equal about 40% of GDP,” he said. “That number should be 20% instead of 40. That will enable us to rapidly increase the size of the private sector and the wealth of each family and individual -- that should be our target.”

David McIntosh criticized the reckless spending and emphasized the importance of Republicans remaining principled. McIntosh is president of the Club for Growth, one of the leading policy advocates for limited government and free enterprise.

“An increase in our already out-of-control spending will just mean higher taxes for the next generation and is totally irresponsible,” he told CNS News. “We need to keep reopening the economy and make sorely needed cuts and cut more red tape.”

“Just spending more money won't help fight coronavirus or reopen the economy,” said McIntosh. “The federal government has not even spent nearly half the money that has already been allocated [for coronavirus relief]. If Republicans in the Senate cave to Democrats on this, then they will lose the elections in November.”