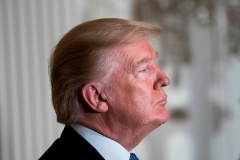 (CNSNews.com) - Rep. Nancy Mace (R-S.C.) said Wednesday that if Congress is serious about healing the division in the country, Democrats and Republicans need to acknowledge that “there is violence on both sides of the aisle,” pointing to the violence and riots that took place during protests by Black Lives Matter and Antifa.

Speaking on the House floor during debate on the rules of the House impeachment of President Donald Trump, Mace said that the House “has every right to impeach” Trump, and while she believes the president should be held accountable for the attack on the U.S. Capitol, rushing the impeachment by holding an hour or two of debate and bypassing the House Judiciary Committee “poses great questions about the constitutionality of this process.”

“I believe we should hold the president accountable. I hold him accountable for the events that transpired, for the attack on our Capitol last Wednesday,”

“I also believe that we need to hold accountable every single person, even members of Congress, if they contributed to the violence that transpired here, but today I’m asking my colleagues to remember the words of the legendary, the great leader in this country Dr. Martin Luther King, who once said the time is always right to do what is right,” she said.

“And if we’re serious about healing the divisions in this country, Republicans and Democrats need to acknowledge this is not the first day of violence we’ve seen. We’ve seen violence across our country for the last nine months, and we need to recognize number one, that our words have consequences, that there is violence on both sides of the aisle,” Mace said.