(CNS News) -- As President Joe Biden and Democrats in Congress push for passage of HR 1, a massive election reform bill that Republicans largely oppose because they see it as a way to allow voter fraud and entrench Democratic rule nationwide, the Honest Elections Project  reports that only 28% of Americans support the legislation, and that contrary to the bill, 77% of Americans want voter ID.

H.R. 1, the For the People Act, "is out of sync with American voters," said HEP Executive Director Jason Snead in a report on the election reform debate. "Few embrace its particular provisions, or its guiding principle that election integrity and voter confidence measures make voting 'hard' and that Congress must impose new laws that eliminate them."

"In fact, voters overwhelmingly prioritize maintaining confidence in elections over making voting 'easier.'" said Snead, a former senior policy analyst with the Heritage Foundation.  "Most Americans want credible elections backed up by fair rules that make voting both accessible and secure, and only 28% of voters support H.R. 1’s final passage once they are provided with an understanding of its provisions."

HEP's data on what Americans think of HR 1 was obtained through an online survey of 1,200 registered voters nationwide, in early March.

Other findings from the survey show,

-- 64% of voters "want to strengthen voting safeguards to prevent fraud, rather than eliminate them to make voting 'easier.'"

-- Only 21% "want to make voting 'easier' by getting rid of the precautionary measures that prevent fraud."

-- "Similarly, 64% of Black voters, 77% of Hispanics, and 76% of low-income voters reject the notion that showing an ID is a 'burden,' despite frequent claims from the left." 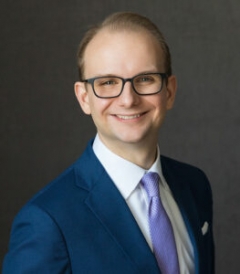 The poll also found that only 11% of registered voters think that "vote trafficking should be legal." And 62% say "it should be illegal for political operatives and paid organizers to have direct access to absentee voters as they vote, and then take unsupervised possession of their ballots."

Nonetheless, HR 1 "forces every community in the nation to allow it," said Snead.  "Vote trafficking has been used to intimidate and disenfranchise voters, and several states have banned it. H.R. 1 expressly overrules these sensible and popular laws."