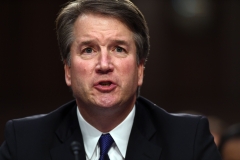 (CNS News) -- After a California man was arrested on Wednesday near the Maryland home of Supreme Court Justice Brett Kavanuagh for allegedly threatening to kill him, Judicial Crisis Network President Carrie Severino said that this incident revealed why the "justices are in grave danger" and "why the Court must release" its opinion in the case that could overturn Roe v. Wade.

She added that President Joe Biden needs to "stop appeasing the radicals" in the Democrat Party, and called on him to "condemn" the protests outside the justices' homes. 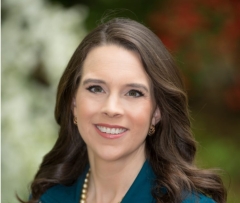 Early on Wednesday morning, June 8, police in Montgomery County, Md., arrested 26-year-old Nicholas John Roske of Simi Valley, Calif., on a street near Justice Kavanaugh's home, which has been the scene of protests by pro-abortion activists.

Roske called 911 to report himself and allegedly told officials that he wanted to kill Kavanaugh, according to numerous news reports. When arrested, Roske was carrying a handgun, a knife, and pepper spray.

In early May, a draft opinion written by Justice Samuel Alito, and reportedly supported by four other justices in the case Dobbs v. Jackson Women's Health Orgnization, was leaked to the left-wing news outlet Politico. The opinion argued in favor of a Mississippi law that bans most abortions after 15 weeks, essentially overturning Roe and Planned Parenthood v. Casey.

That opinion sparked outrage among many pro-abortion Democrats and led to protests outside the homes of Justices Kavanaugh, Alito, Clarence Thomas, Amy Coney Barrett, and Neil Gorsuch.

In reference to the threat against Kavanaugh, Carrie Severino tweeted today, "This is why leaks are dangerous. This is why doxxing justices is a bad idea. This is why justices' homes should be off limits."

This is why leaks are dangerous.

This is why doxxing justices is a bad idea.

This is why justices' homes should be off limits.https://t.co/UTb2i8zRAL

She further tweeted, "This is why the Court must release the Dobbs opinion as soon as possible. This is not, to quote the Chief Justice, 'business as usual' at the Court. The threat to the justices is not theoretical. Until the opinion is finally released, the justices are in grave danger."

In reference to President Biden, she wrote, "It's time to stop appeasing the radicals in your party. Protests belong in the public square, not at justices' private homes. Will you finally condemn them?"

.@POTUS: It's time to stop appeasing the radicals in your party.

Protests belong in the public square, not at justices' private homes.

Will you finally condemn them?

In a May 3 speech on the Senate floor about the leaked opinion, Senate Majority Leader Chuck Schumer (D-N.Y.) described the apparent vote to overturn Roe as an "abomination."  He also said the five justices had "lied to the U.S. Senate, ripped up the Constitution, and defiled both precedent and the Supreme Court’s reputation -- all at the expense of tens of millions of women."

House Speaker Nancy Pelosi (D-Calif.) said the opinion showed that the justices had "slapped women in the face."

Doocy: "These activists posted a map with the home addresses of the Supreme Court justices. Is that the sort of thing this President wants?"

Psaki: "I think the President's view is that there is a lot of passion."

Disgusting that the White House is refusing to condemn this. pic.twitter.com/i5ErEBZ25X