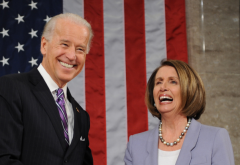 (CNS News) -- Because the $1.9 trillion COVID relief bill, the American Rescue Plan Act, does not include prohibitions against taxpayer-funding of abortions in the United States and abroad, the U.S. Conference of Catholic Bishops (USCCB) has urged lawmakers to vote against its passage.

Currently, the bill is in its final round in the House of Representatives and could land on President Biden's desk this week. The legislation passed in the Senate (50-49) on March 6 with an amendment, now under review in the House.

"Despite our pleas and those of millions of Americans, the final bill you are about to vote on does not contain pro-life protections," said six Catholic bishops in a letter to all the U.S. senators on March 6. The six bishops hold committee chairmanships in the USCCB, overseeing issues such as justice and peace, education, racism, migration, and pro-life activities.

The president of the USCCB, Archbishop Jose Gomez, also issued a statement on March 5, urging Congress to insert the traditional pro-life protections into the bill -- the Hyde Amendment and the Helms Amendment.

"As a result, should this bill pass, our tax dollars will be used to destroy unborn human lives through elective abortion," said the bishops in their letter.  "The many important and life-affirming provisions in this bill are now greatly undermined because it facilitates the destruction of unborn human life."

"This grievous result gives us heavy hearts because it leaves us with no choice but to urge you to oppose final passage of the American Rescue Plan Act," said the bishops.

The bishops clarified that they fully support providing aid and assistance to "poor and vulnerable people who are most at risk of harm from this pandemic."  They support COVID relief. However, as they explained, the legislation -- unlike all previous and similar relief bills -- does not adhere to Hyde and Helms Amendment rules.

The Hyde Amendment, which has been supported by Congress every year since 1976, prohibits federal funds from being used to pay for abortion, except in the cases of rape or incest, or when the life of the mother is endangered.

The Helms Amendment, established in 1973, says "no foreign assistance funds may be used to pay for the performance of abortion as a method of family planning or to motivate or coerce any person to practice abortions."

The $1.9 trillion American Rescue Plan Act "would appropriate more than $400 billion with no Hyde protections," according to the Family Research Council (FRC). "Therefore, these funds would be eligible to subsidize elective abortions."

Also, the bill would provide "over $700 million of global health funds not subject to the Helms amendment," said the FRC, and it allocates "$10 billion in foreign affairs funding not subject to the Silander amendment. This means these funds can be used to lobby for abortion overseas."

Senator Kevin Cramer (R-N.D.) told the FRC, "Remember, there's not been a single hearing on any of this. [This is a] $2 trillion dollar bill, [and there's no] hearing, no discussion across party lines -- at least no overt discussions across party lines. And when you don't have hearings, you don't have committee action... which means [everything is] away from the C-SPAN cameras and the media that covers these things. That's why people don't know."

In their March 6 letter, a copy of which was obtained by CNS News, the U.S. bishops further said, "[U]nlike the previous COVID relief bills, the American Rescue Plan Act provides billions of dollars for health care services through various funding streams that are not subject to Hyde Amendment or Helms Amendment protections and could therefore fund abortions domestically and internationally."

"We have consistently and strongly rejected the inclusion of abortion as part of health care because abortion directly and purposefully takes the life of an innocent person and is the antithesis of health care," said the bishops. "No federal proposal to aid states, support individuals needing affordable health care coverage, or provide relief overseas should compel Americans to pay for the destruction of human life through their tax dollars."

Maureen Ferguson, senior fellow for the Catholic Association, said of the legislation, “It is tragic and ironic that pro-abortion Democrats are insisting on subsidizing the taking of innocent lives in a bill aimed at saving lives. The Hyde amendment, which protects American taxpayers from funding abortion, has had bi-partisan support and consensus for more than 40 years."

"Any bill which excludes Hyde cannot claim to advance unity," she said. "Democrats have hidden this abortion funding under the guise of 'pandemic relief' because a majority of Americans don’t want to pay for abortions – in fact, recent polling shows 58% oppose domestic funding for abortion.”

Tom McClusky, president of March for Life Action, said, “The current COVID-19 relief package has the potential to be the largest expansion of abortion funding since Obamacare. Less than 10% of the 'relief' actually goes towards combatting the pandemic. Instead, pro-abortion politicians are using this bill to open the floodgates to abortion funding, with billions of dollars unprotected from being used for the life-ending practice both here in the U.S. and abroad."

"This is radically out of step with the majority of Americans who oppose their tax dollars funding it," said McClusky. "Americans who have been suffering from the effects of the pandemic deserve authentic relief, not this pro-abortion bonanza.”