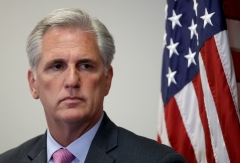 House Minority Leader Kevin McCarthy (R-Calif.), who likely may become the Speaker of the House in the 118th Congress. (Getty ImagesO)

(CNS News) -- In a letter to Jan. 6 Committee Chairman Bennie Thompson (D-Miss.), House Minority Leader Kevin McCarthy (R-Calif.) warned him to preserve all documents, records, communications related to the Jan. 6 investigation as Republicans will control the committee in January.

Addressing Thompson, McCarthy wrote, “The American people chose Republicans to lead the 118th Congress. On January 3, 2023, your work as Chairman of the Select Committee to Investigate the January 6th Attack on the United States Capitol will come to an end. For those reasons, I remind you and your staff on the Committee to preserve all records collected and transcripts of testimony taken during your investigation in accordance with House Rule VII.” 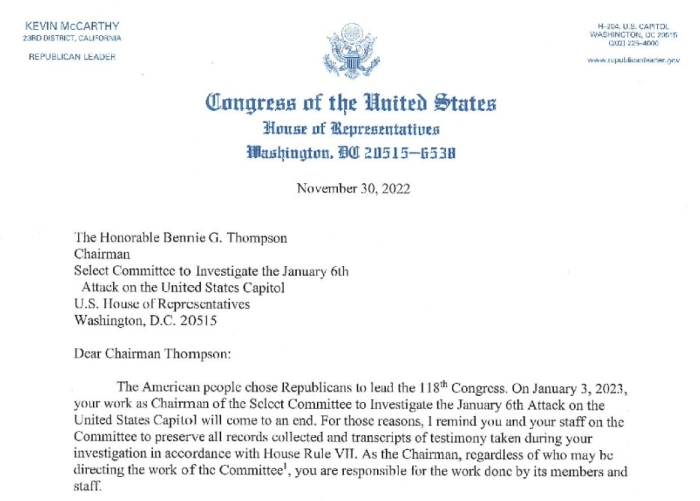 He further wrote, “Some reports suggest that entire swaths of findings will be left out of the Committee's final report. You have spent a year and a half and millions of taxpayers' dollars conducting this investigation. It is imperative that all information collected be preserved not just for institutional prerogatives but for transparency to the American people.”

“The official Congressional Records” stated McCarthy, “do not belong to you or any member, but to the American people, and they are owed all of the information you gathered, not merely the information that comports with your political agenda.”

McCarthy then wrote, “[Y]our Committee's public hearings did not focus on why the Capitol complex was not secure on January 6, 2021, the Republican majority in the 118th Congress will hold hearings that do so.” 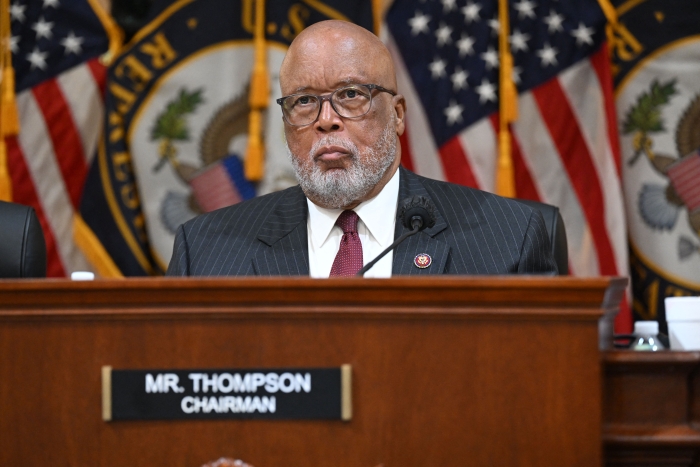 Ending his letter with a focus on the American people, McCarthy wrote,  “The American people have a right to know that the allegations you have made are supported by the facts and to be able to view the transcripts with an eye toward encouraged enforcement of 18 USC 1001.”

18 United States Code 1001 states that branches of the government are not to knowingly or willfully cover up information, lie about information or provide false information and doing so could end with imprisonment.