(CNS News) -- Carrie Severino, president of the Judicial Crisis Network and a former law clerk for Justice Clarence Thomas, said the Supreme Court’s Dobbs ruling proclaiming there is no constitutional right to an abortion is “a huge victory for the rule of law” during a June 30 press briefing.

Severino praised the Dobbs decision as the Supreme Court justices staying true to what the Constitution says and not pursuing a political agenda.

“Our job is to simply say, ‘What does the Constitution say?’ – it clearly doesn’t say there’s a right to abortion,” said Severino. “That is like the most open-and-shut, easy question on originalist grounds, if you look at the text and the history – just there’s no question.”

She highlighted the power of state representation in the Supreme Court’s duties, adding, “Let’s give that back to the states. And I love how Justice Alito [in his majority opinion] said, you know, ‘It’s not our job to game out – we don’t know what the political implications of that are.’”

“I would say there’s a lot of different schools of thought,” she added. “Is this going to help Republicans, is this going to help Democrats – none of that should matter. What matters is, is the court doing what they swore to do in the oath that they took to uphold the Constitution?”

“I think that’s what they did,” she continued. “In the face of real pressure, they were willing to stand by what was principled and correct. I think that that’s a huge victory for the rule of law.”

Severino’s positive opinion of the ruling did not match that of other legal scholars, such as Professor Daniel Farber, a former law clerk for Justice John Paul Stevens and the Sho Shato Professor of Law at the University of California - Berkeley.

Farber is in favor of taking a more moderate, “Casey-like” approach to abortion, where the procedure can be regulated by states rather than banned.

“I think if you view the right as being one of reproductive freedom – meant by that, I mean, in both directions – I think it’s easier to make the argument that that ought to qualify as a fundamental right and then that gets you…to the question of what to do about the countervailing state interest,” he said.  “And once you frame it that way, I think it probably lends itself to some kind of intermediate position, maybe Casey-like, maybe [Justice] Roberts, who knows what. So that’s sort of the direction I would take – I would want to do it.”

Farber criticized Justice Alito for not “go[ing] out of his way to express any respect for his predecessors on the bench” in his majority opinion.

“I also think that…stare decisis [the principle of honoring previous rulings] is a more serious issue here than maybe [Justice] Alito gives it credit for,” said Farber. “This is a really drastic change in law that not only overturns precedents but…does it in circumstances where it’s absolutely clear that the only thing that has changed is that…we have a couple of new justices.”

The discussion was hosted by the Federalist Society, so Farber likely was referring to President Trump’s Supreme Court appointees who joined the Dobbs majority opinion: Justices Amy Coney Barrett and Brett Kavanaugh.

This expectation is based on a single sentence from Justice Thomas’s concurring Dobbes opinion:

“We [the Supreme Court justices] should reconsider all of this Court’s substantive due process precedents, including Griswold, Lawrence, and Obergefell.” (See p. 119.)

However, Thomas also wrote in his opinion, “I agree that ‘[n]othing in [the Court’s] opinion should be understood to cast doubt on precedents that do not concern abortion.’” (See p. 119.)

Former Secretary of State Hillary Clinton blasted Thomas’s opinion, calling him a “person of grievance for as long as [she’s] known him.”

“I went to law school with [Thomas],” she told CBS Mornings. “He’s been a person of grievance for as long as I’ve known him. Resentment, grievance, anger. And he has signaled in the past to lower courts, to state legislatures, ‘Find cases, pass laws, get them up. I may not win the first, the second, or the third time, but we're going to keep at it.’...The people he is speaking to, which are the, you know, right-wing, very conservative judges and justices and state legislatures [pay attention].”

Roe v. Wade’s right to abortion was granted by the implied right to privacy under the 14th Amendment’s Due Process Clause, a shared justification for the three rulings Justice Thomas listed.

Severino noted that, contrary to popular belief, Thomas never said that precedents beyond the right to abortion should be overturned. Instead, he apparently wants to consider whether other constitutional provisions could be cited to secure those precedents, she said during the discussion.

“[Thomas’s] concurrence is mainly to say, ‘Hey, I think we should go back and just revisit the idea of substantive due process altogether,’” said Severino. “But whether you look at it that way or whether — even if you accept those precedents … it’s clear that Roe and Casey need to be overturned.” 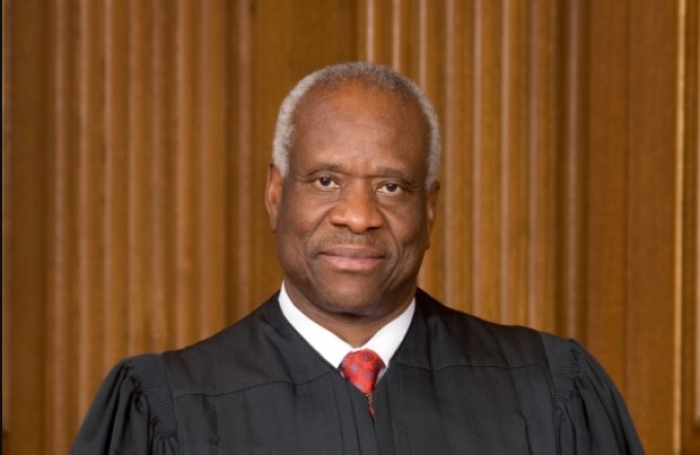 She continued, “But I think it’s important to note that a) Justice Thomas is a single vote here saying let’s reconsider them, and b) as he clarifies in his opinion, he’s not actually even saying those rights aren’t in the Constitution, it’s simply that stare decisis is an invalid way to get there.”