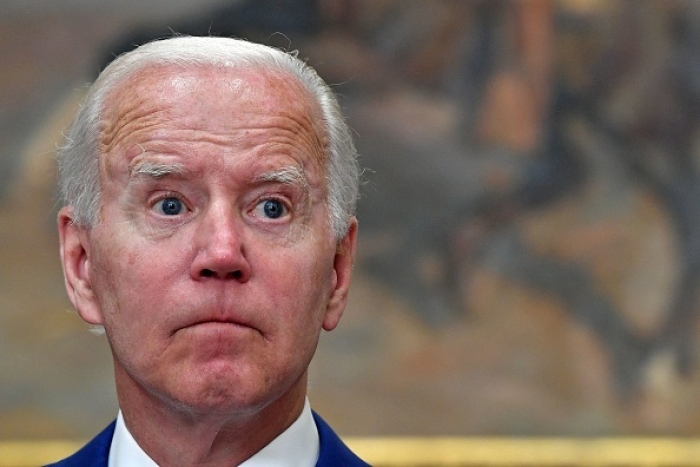 (CNSNews.com) - President Joe Biden is no fan of oil companies, and his sarcasm was on full display Tuesday, when a reporter asked the president about a letter the Chevron CEO wrote to Biden.

Michael Wirth, the Chevron's chairman of the Board and CEO, noted that "your Administration has largely sought to criticize, and at times vilify, our industry. These actions are not beneficial to meeting the challenges we face and are not what the American people deserve."

Asked for his reaction, Biden sneered: "He's mildly sensitive. I didn't know they'd get their feelings hurt that quickly.

"Look, we need more refining capacity. This idea that they don’t have oil to drill and to bring up is simply not true. This piece of the Republicans talking about, 'Biden shut down fields' — wrong.  There are 9,000 of them, okay?

"So they — we ought to be able to work something out whereby they’re able to increase refining capacity and still not give up on transitioning to renewable energy.  They’re both within the realm of possibility," Biden said.

Biden's stock response regarding the "9,000 leases" is misleading because it suggests that oil companies can just put a straw in the ground and suck up the oil waiting below.

First, not all leases are productive. And second, establishing a working oil well takes considerable time and bureaucratic effort.

According to the American Petroleum Institute:

"The (Biden) administration discouraged production of natural gas and oil starting with its first moments in power. On Day One, the President signed an executive order to impose a temporary moratorium on oil and gas leasing activity in the Arctic National Wildlife Refuge (ANWR); withdrew offshore areas in Arctic waters and the Bering Sea from oil and gas drilling; and revoked the permit for the Keystone XL pipeline.

"Days later, the administration acted to indefinitely pause all new oil and gas lease sales on federal lands and offshore waters, immediately restricting the industry’s opportunities to explore and invest in new areas.

"Even where the administration hasn’t blocked federal leases, it has been an unwilling partner, openly admitting the sales are not aligned with their policies."

Further, API notes that wells and leases -- those 9,000 leases -- "are not like faucets and spigots. It takes months for new wells to start producing and it can take more than five years for some fields to go from discovery to production, thanks in part to regulatory and legal hurdles along the way.”

API noted that like other industries, the oil and gas industry "is still recovering from pandemic production shocks, labor shortages and supply chain issues. Observers have noted a reduction in industry capital expenditures of about 25%.

"But since taking office, the administration has sent many negative signals to investors about oil and gas development. The uncertainty caused by federal policies has frozen investments, according to Goldman Sachs. And comments like those documented here from administration officials make clear they view such projects as avoidable or bad."

In his letter to President Biden -- a response to Biden's June 14 letter to oil industry executives -- Wirth wrote, "there are no easy fixes nor any short-term answers to the global supply and demand imbalances aggravated by Russia’s invasion of Ukraine.

"Addressing this situation requires thoughtful action and a willingness to work together, not political rhetoric. I look forward to meeting with Secretary Granholm and am hopeful for a constructive conversation about actions to address both near-term issues and the longer-term stability of energy markets."

President Biden won't even attend the meeting he has directed Energy Secretary Granholm to convene with oil company executives.

But Wirth encouraged Biden to send his "senior advisers" to the meeting, "so they too can engage in a robust conversation. Your 'whole of government' philosophy in addressing major issues should apply here too, as a comprehensive approach is best to address the energy needs of our nation and of our allies."