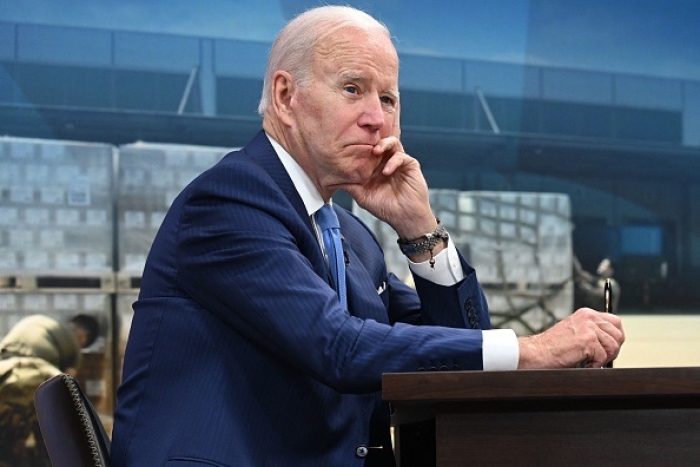 (CNSNews.com) - The president of the United States says he understands that inflation is impacting family budgets. But on Wednesday, he said he's not "aware" of any "immediate action" that would reduce food and fuel prices.

"[W]e can’t take immediate action, that I’m aware of yet, to figure out how we bring down the price of gasoline back to three dollars a gallon.  And we can’t do that immediately with regard to food prices, either," Biden said.

However, reducing prescription drug prices and child care costs, he said, would "compensate" for higher prices elsewhere. So President Biden indicated that he will once again push his expensive Build Back Better agenda as the antidote to higher gasoline and food costs.

"There’s a lot going on right now, but the idea we’re going to be able to, you know, click a switch, bring down the cost of gasoline, is not likely in the near term, not is it with regard to food," Biden said after a meeting with baby formula manufacturers:

"You know, their standard of living are affected by that. They have X amount of dollars they make and -- although, thank God, employment is up and wages are up. Notwithstanding that, inflation is running at a high rate.

"And they have all these needs and concerns. There’s more than one way to change -- to maintain the standard of living for people, in the sense that the overall, out-of-pocket money needed to be able to make sure that they’re able to get through all their needs for -- on a monthly basis.

"The bottom line is the bottom line: how much it costs you to maintain your household and your standard of living. And there’s not -- we can’t take immediate action, that I’m aware of yet, to figure out how we bring down the price of gasoline back to three dollars a gallon. And we can’t do that immediately with regard to food prices, either.

"But we can compensate by providing for other necessary costs for families by bringing those down. That reduces the inflation for that family. And we can do that — we can do that, at the same time, by increasing the tax rate that should go up on some corporations that are paying no taxes at all -- have a mini-- pay a minimum tax -- and the very wealthy. No one under 400 grand would have to pay another single penny in taxes, but it would not be inflationary.

"It would help pay for -- it’d reduce the deficit even further, and it would provide relief for families. But I’m going to talk more about that later."

Biden once again blamed "the war in Ukraine" for "extremely high" gas and food prices.