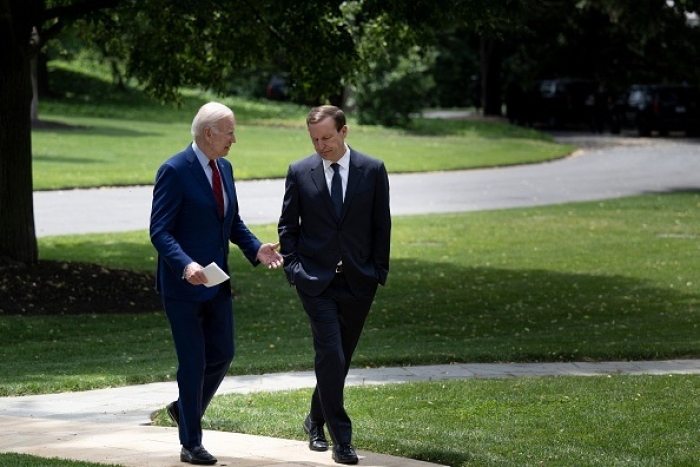 (CNSNews.com) - Gun control proponent Sen. Chris Murphy (D-Conn.) said exactly what lawful gun owners fear in an interview with MSNBC on Wednesday: He said passing the "Bipartisan Safer Communities Act" paves the way for additional gun control restrictions later -- it "will allow us to do more in the future," he said.

"This is going to be the most significant anti-gun violence bill that will pass the Congress in 30 years," Murphy told NBC's Andrea Mitchell:

"For the last 30 years, we have effectively done nothing, mass shooting after mass shooting, murder after murder, suicide after suicide. And we have finally broken the logjam. And what I believe is that the provisions of this bill are going to save lives.

"But I also think that we're going to show to Republicans that there is political benefit in supporting gun safety measures that 90 percent of your constituents’ support. And I think this will allow us to do more in the future."

"But even if we weren't to pass a single additional gun safety bill, I'd still advise my colleagues to vote for this, because it will save thousands of lives, in my opinion. We are going to help states pass red flag laws, which allow for authorities to take guns away from people that are threatening harm.

"Just last week in Connecticut, we used our red flag law to take guns away from an individual who threatened to shoot up schools. We are closing the boyfriend loophole. That means that no domestic abusers, boyfriends or husbands, are going to be able to own or purchase guns if they're convicted of any domestic violence crimes.

"We are making it a little bit harder for under 21-year-olds to buy guns by putting in an enhanced background check and a call to local police to make sure that that's not a kid in crisis. And then we're spending $15 million in mental health. That's an historic amount of money to expand out mental health services in underserved areas.

"That's going to save lives, in and of itself. So I'm so proud of this legislation. I'm proud that we have finally been able to overcome the hump and get Republicans to support measures that their constituents support. And I think there's a lot of future legislation that becomes possible after we get this to the president's desk."

Mitchell asked Murphy if he anticipates additional legislation this year?

"I wouldn't expect that we will be able to do anything immediately on the heels of this legislation," Murphy said.

"But what you will find, I think, is that Republicans will be more willing to engage, because they will recognize that the sky doesn't fall when you support these commonsense measures. In fact, you get a lot of support from unlikely places back home.

"But I also -- I also want to celebrate this achievement. And I know there's going to be a lot of people who will focus on what's not in the bill, people who will sort of look to what the next piece of legislation is.

"I'm just telling you, the five provisions that changed our nation's gun laws, the billions of dollars to build out new mental health services in this bill are worth celebrating. It's not everything I want, but there's no question that this is going to make our communities safer."

At a Senate Republican news conference on Wednesday, Minority Leader Mitch McConnell (R-Ky.) was asked if he's worried about losing his A-plus rating from the National Rifle Association because of his support for the Bipartisan Safe Communities Act:

"What I'm mainly concerned about is dealing with the issues that have been brought to the fore by these mass shootings, which are directly related to school safety and mental health. And I think Senator Cornyn and his team have put together a bill that addresses the problem," McConnell replied.

"[D]ifferent members have different points of view," McConnell said. "We see that frequently. We had members voting on both sides, for example, the Infrastructure Bill; both sides of the Postal Reform Bill; both sides of USICA when it passed the Senate. It's not at all unusual."