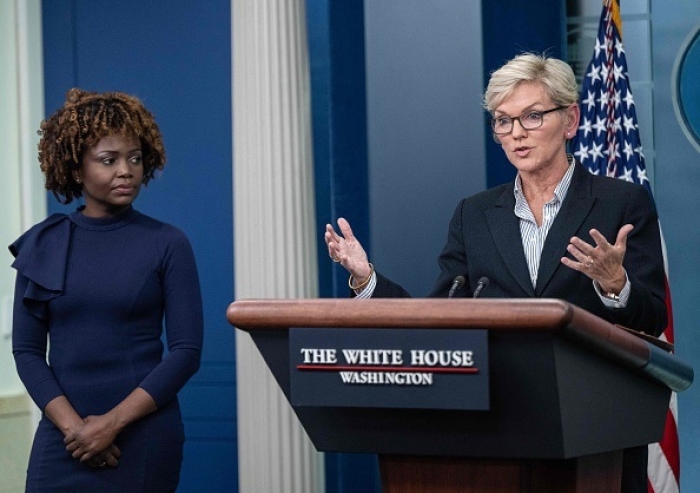 H.R.21 would limit the drawdown of oil in the Strategic Petroleum Reserve until the Department of Energy produces a plan to increase the percentage of federal lands leased for oil and gas production.

"When you consider H.R. 21, which is a bill that they’ve introduced, it needlessly aims to weaken the Strategic Petroleum Reserve’s usefulness as a tool to ensure energy security in America," Granholm said at a White House briefing.

"The SPR — the Strategic Petroleum Reserve — gives us the means to increase supply when the market need it -- need it most, and it gives us the tool to increase it quickly — 'quickly' being the operative word. Speed is key.

"But H.R. 21 would impose unnecessary, unhelpful restrictions on when the SPR can be used to help provide supply. It would require these arbitrary reports regarding energy production on federal lands before waiving any new restrictions. It would not offer any tangible benefits to the American people.

"Instead, it would interfere with our ability to be responsive to release oil de- — during an international emergency, helping Putin’s war aims.  It would potentially delay allowing oil to be released for domestic emergencies following a natural disaster or a pipeline outage at home, leaving, again, prices at risk of rising during — in the wake of a market shock because of emergencies due to extreme weather events."

Granholm says President Biden will veto the bill if it reaches his desk: "So I’ll be very clear: If Congress were to pass H.R. 21, the President would veto it.  He will not allow the American people to suffer because of the backwards agenda that House Republicans are advancing," she said.

House Majority Leader Steve Scalise (R-La.) noted that the Strategic Petroleum Reserve was created by Congress to respond to oil supply disruptions, such as natural disasters.

"Sadly, President Biden has used the SPR as his own personal piggy bank and tapped into our emergency reserves to try to bail out his administration’s extreme climate agenda and lower gas prices," Scalise said:

"If Democrats were serious about lowering gas prices for American families, they would abandon their radical far-left policies that have led to the cancelation of critical pipelines and endless permitting delays and encourage oil and gas development and production on U.S. soil.

"House Republicans have a bill that will protect the Strategic Petroleum Reserve (SPR) and strengthen our nation’s energy security."

Scalise said H.R. 21, the Strategic Production Response Act, "would require the Department of Energy to stop their abuse of the SPR and to develop a plan to increase oil and gas production on federal lands that offsets any additional drawdowns."

After Russia invaded Ukraine one year ago, President Biden announced what the White House called "the largest release of oil reserves in history, putting one million additional barrels on the market per day on average -- every day -- for the next six months."

Biden released the oil to bring down rising gasoline prices, a political liability for him at the time.

The Biden White House admitted that "the scale of this release is unprecedented: the world has never had a release of oil reserves at this 1 million per day rate for this length of time. This record release will provide a historic amount of supply to serve as bridge until the end of the year when domestic production ramps up."

Granholm said the Biden administration plans to refill the SPR "at lower prices than what we sold it at," but that has not happened yet.

"I have no concerns that we will be able to refill and replenish the SPR and do it at a savings to taxpayers," Granholm said.

"And our goal was to start with the first 60 million barrels of replenishment. The offers that we received did not meet specification or price.  And so, we’re going to — stay tuned for an announcement on how we’re going to go back at that first 60 (million)." 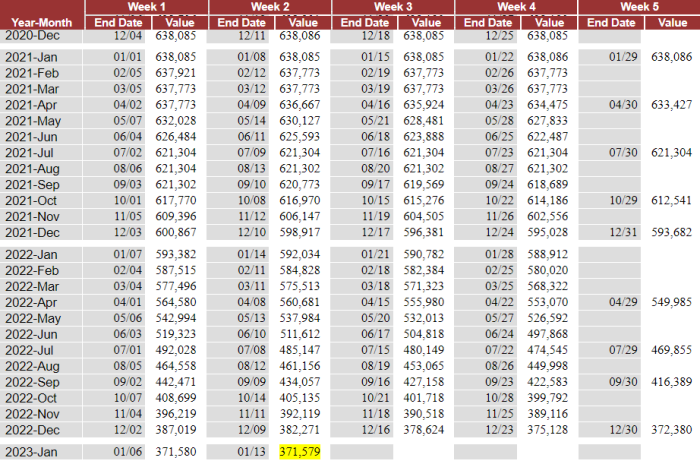