House Republican: Debate Over Debt Ceiling 'Is No Doubt Going to Be a Knife Fight' 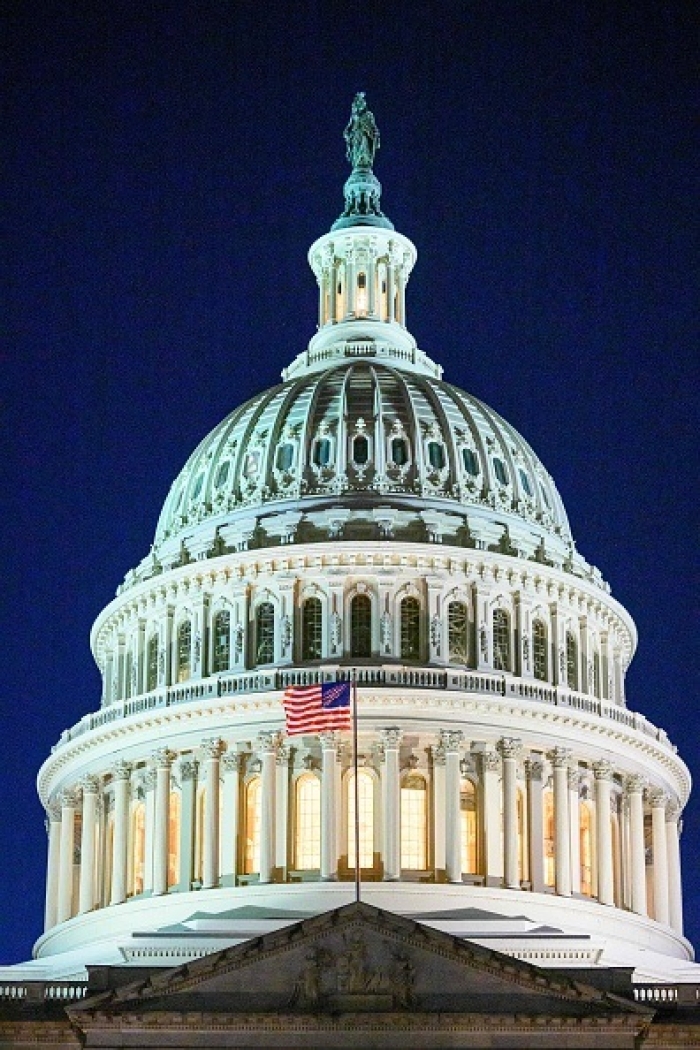 (CNSNews.com) - The debate over raising the debt ceiling, expected to reach a crisis point in June, "is no doubt going to be a knife fight," Rep. Tony Gonzales (R-Texas) told "Fox News Sunday."

Gonzales said the debate over the federal borrowing limit should "start early."

"I've been of the mindset, no defense cuts without reforms. And the key here is reforms. If you just cut defense and expect the national debt to go -- to go down, that's not going to happen. The only thing you're going to do is hurt defense.

"So, we have to have a broader discussion. Reforms are important, but we need -- we need to start that conversation early, and we need to be transparent.

"One of the things that I've been pushing for is for us to have open hearings, and also when a bill gets issued on the floor, that there's opportunities to amend it. And I think that's very important to get -- to get buy-in from rank and file members, where it's not a top-down approach like we've seen with Nancy Pelosi that was failed from the beginning."

In a January 13 letter to House Speaker Kevin McCarthy (R-Calif.), Treasury Secretary Janet Yellen wrote: "I am writing to inform you that beginning on Thursday, January 19, 2023, the outstanding debt of the United States is projected to reach the statutory limit.  Once the limit is reached, Treasury will need to start taking certain extraordinary measures to prevent the United States from defaulting on its obligations."

Yellen said if Congress does not act, those "extraordinary measures" could be exhausted by June.

McCarthy, appearing on "Sunday Morning Futures," did not rule out a spending cap. And he said he wants to sit down with President Biden now, "so there is no problem" come June:

"I'm sure he knows there's places that we can change and put America on a trajectory that we save these entitlements, instead of put them into bankruptcy, the way they (Democrats) have been spending.

“Make us do a budget. Make us do appropriations out in the public. Just doing that would save tremendous amounts of money...There's plenty of places we can find efficiencies and eliminate waste."

Speaking about defense spending, McCarthy said there are inefficiencies that can and should be eliminated:

"Yes, eliminate all the money spent on wokism. Eliminate all the money that they're trying to find different fuels, and they're worried about the environment to go through. I want our men and women trained to be able to defend themselves, to secure, to have the best weapon systems possible.

"But every single level of government should be doing that. This is not our money. This is the hardworking taxpayers’ money. We should start every day, how can we be more efficient? How can we deliver a more effective -- to the American public? And how can we do it in a more secure way that we don't spend as much?

McCarthy said his first conversation as Speaker with President Biden involved "the places that we can change our behavior."

As defined by the U.S. Treasury, "The debt limit is the total amount of money that the United States government is authorized to borrow to meet its existing legal obligations, including Social Security and Medicare benefits, military salaries, interest on the national debt, tax refunds, and other payments.

The debt limit does not authorize new spending commitments. It simply allows the government to finance existing legal obligations that Congresses and presidents of both parties have made in the past.