Rep. Schiff on Pence Case: 'There Appears to Be a Systemic Problem Here' 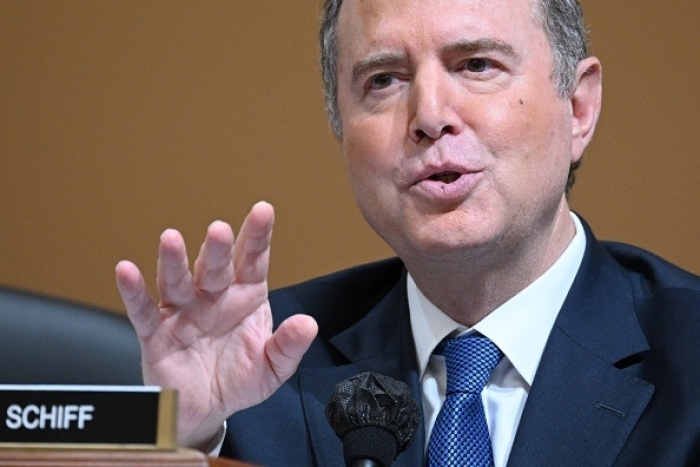 "So now this appears systemic," Rep. Adam Schiff (D-Calif.), now a former member of the House intelligence committee, told MSNBC on Tuesday as the news about Pence broke while he was being interviewed.

"It certainly appears now that there's a systemic problem with former occupants of the presidency and vice presidency having classified information at their homes, when it shouldn't be there; or at their libraries or their university repositories," Schiff told host Andrea Mitchell.

"So this now appears systemic. And as the chair and new nominated ranking member of the Intel Committee once again, we're going to have to now ask for another assessment by the intelligence community of any risk posed by the presence of these documents somewhere they shouldn't be.

"But I think there also needs to be a review of what happens when people leave that office, the presidency and vice presidency.

"But, nonetheless, there appears to be a systemic problem here."

"And this is what's so astounding, I think, for all of us on the intelligence committee. I never take classified documents to my house. I don't know any reason why people would.

"I am very, very careful about it. And I would assume that everyone else is. But, clearly, there's a problem here."

"No," the senator replied:

"In fact, I've never had a classified document even in my office because people don't realize this, but the normal part of classified documents is, I go to a secure reading room. They show me the documents, I check them out and check them back in as if I'm in the library. If I take notes about them. I leave the notes in a secure reading room. I don't take any paper when I leave.

"That being said, it's a little bit different being president or vice president or State Department head, secretary of state, because you have more documents. And there really is a problem of over-classifying everything.

"The menu at the White House is classified. So there are -- I'm not kidding. There are problems with this."