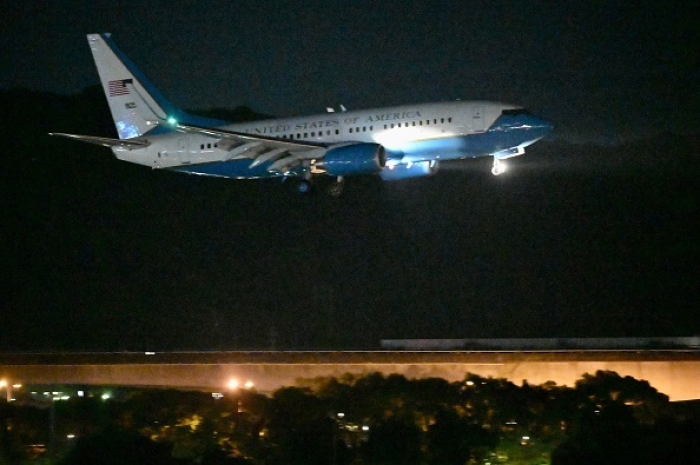 "As petty and self-absorbed as Washington looks like from the outside, you ought to see it from the inside," Kennedy said:

"Now, when you're talking about a nuclear war with China, you should take your ego out back and shoot it. But that's not Speaker Pelosi's way. She knows, after the midterms, she's not going to be speaker anymore. She may not be in Congress anymore.

"So I think she thought up this trip as a way to say, well, look at me one more time. She talked to the White House. And some knucklehead either on Speaker Pelosi's staff or the White House leaked it.

"And, on top of that, President Biden spoke publicly about it and said, oh, well, maybe she shouldn't go. Well, at that juncture, she had to go, because weakness or the appearance of weakness invites the wolves.

"So, I'm glad the speaker went. But if she really wanted to demonstrate strength from the United States of America, she would have made it a bipartisan trip. She would've brought Kevin McCarthy along. She would have brought the secretary of defense along.

Biden administration spokesman John Kirby told reporters on Monday that "nothing has changed" about the United States' one-China policy: "We do not support Taiwan's independence," he said.

But Pelosi, speaking in Taiwan, commended the island nation "for being one of the freest societies in the world."

"Now more than ever, America's solidarity with Taiwan is crucial and that is the message we are bringing here today," Pelosi said a little later.

So which is it? One China? Or U.S. support for a free society?

"Well, I know what I'm for," Kennedy said. "And I think I know what a majority of Americans are for. They're for Taiwan's independence.

"Now, here's what's going on here. President Xi and China is working with Putin and Russia and the ayatollah in Iran. And their ultimate goal is to have Russia dominate Eastern and Central Europe, have Xi in China dominate the Indo-Pacific, which, of course, includes Taiwan, and move into sub-Saharan Africa, and have the ayatollah dominate the Middle East.

"And they're working together. And that's not a world that is safe for America and Western values. The fact of the matter is that we are not ready today, as ready as we should be, to defend Taiwan.

"And instead of all talking about it, that's what we ought to make our next step. Let's game out how we would defend Taiwan, in case Xi tries to make a move. And that will likely deter, if not prevent, a move by President Xi."