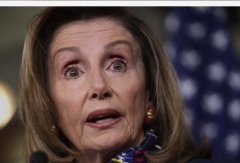 "Most importantly, Sean, we have to remember that this would have arranged for federal taxpayer dollars to fund campaigns," Lee said. "Several of my colleagues have pointed out to me in the last few days that in their campaigns, if this bill had been law, they would personally have been entitled to tens of millions of dollars in federal taxpayer subsidies into their campaigns.

"Sean, there's one thing the American people do not want, and that's for the federal government to be running politicians' campaigns. And I'm thrilled that we stopped that."

"No one should oppose any of those items," Lee responded.

One of the flaws in this is that it would have consolidated all of this law and made it federal, and effectively precluded states from updating their own voter registration files or imposing voter ID requirements, or any of the good things that you identified.

It would have also made normal the practice of vote trafficking whereby professional political operatives could come in and for money collect votes and then cast them for other people. That is illegal in most good states and should be illegal everywhere.

Lee said S.1 had nothing to do with the 2020 election, although Democrats are pretending that it did. "No, this was written years ago. That was all a ruse," Lee said.

"And that's why it's so essential that we make sure this remains defeated. You can read more about it on my website, at leeforsenate.com. But I've been absolutely concerned, panicked, that if there's any chance this becomes law, it would be devastating for the country. This would be bad for everyone other than Democratic political incumbents."

Senate Majority Leader Chuck Schumer (D-N.Y.) brought the bill to a vote, knowing it would fail, just to perpetuate the false notion that allegedly "racist" Republicans want to suppress the minority vote.

"Democrats are united in our fight to save voting rights. Today was just the beginning – and we will not back down," Schumer tweeted after the vote.

Democrats plan to use the "voter suppression" issue against Republicans in the 2022 midterm election, and that's what Tuesday's vote was all about.