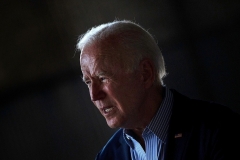 (CNSNews.com) - "You are doing the right thing testifying," Sen. James Risch (R-Idaho) told Secretary of State Antony Blinken as Blinken appeared before the Senate Foreign Relations Committee on Tuesday, following a grilling by a House Committee on Monday.

Risch, in his opening statement as ranking member, joined Committee Chair Sen. Bob Menendez in expressing disappointment that Defense Secretary Lloyd Austin and other administration officials have so far refused to testify about an "interagency failure," as he put it.

Risch said there are real questions about who is making the decisions in the Biden White House, given "the puppeteer act" Americans are witnessing:

We know for a fact that the President of the United States is somewhat disadvantaged here in that someone's calling the shots. He cannot even speak without someone in the White House censoring it or signing off on it.

As recently as yesterday, in mid-sentence he was cut off by someone in the White House who makes the decision that the President of the United States is not speaking correctly. So I'd like to know who this person is. It is a puppeteer act, if you would.

And we need to know who's in charge and who is making these decisions. The only way we will get that is if we have people like you come in and answer these questions.

Risch returned to the question of who decides what the president may say and do when it was his turn to question Blinken:

"Who is responsible? Who made the decisions on this (Afghanistan withdrawal)? Was it the president of the United States?" Risch asked.

“Now, of course, to be specific, Senator, there are hundreds and thousands of decisions every single day that go into a situation as complex as this one. The big strategic decisions – those are decided by the president. The tactical, operational decisions are made by different agencies, agency heads, agency officials."

Risch told Blinken, "I’m more concerned about the top decision-making. We have all seen this. We have seen it as recently as yesterday. Somebody in the White House has authority to press the button and stop the president --- and cut off the president's speaking ability. Who is that person?" he asked again.

Blinken dodged: "I think anyone who knows the president, including members of this committee, knows that he speaks very clearly and very deliberately for himself. No one else does.”

Risch, indignant, tried again: "Are you saying that there is no one in the White House that can cut him off? Because yesterday, that happened, and it’s happened a number of times before that. It’s been widely reported that someone has the ability to push the button and cut off his sound and stop him from speaking. Who is that person?"

"There is no such person," Blinken said, insisting again that Biden "speaks for himself, makes all the strategic decisions, informed by the best advice that he can get from the people around him."

According to the New York Post, the official White House livestream of Biden's meeting with firefighters in Boise, Idaho on Monday was cut off when Biden turned to a firefighter and said, "Can I ask you a question?"

The audio and video coverage abruptly stopped before Biden, going off-script, got the question out of his mouth.

Risch asked Blinken, "Are you saying that did not happen?"

Blinken said he didn't know what Risch was referring to: "All I can tell you is, having worked with the president for now about 20 years...the president very much speaks for himself."

Blinken said anyone who tried to stop Biden from “saying what he wanted to say --  from speaking his mind -- would probably not be long for their job.”

The New York Post noted that the incident in Boise happened "just days after a report revealed that some White House staffers have stopped listening to him speak in public for fear he’ll veer wildly off-message."