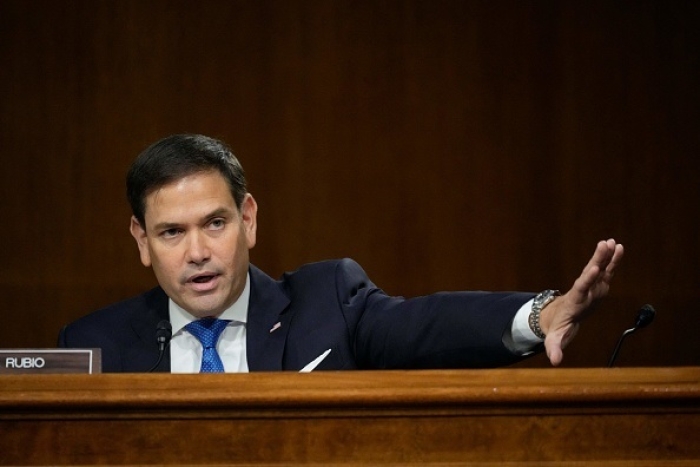 (CNSNews.com) - As classified documents keep turning up in the homes of former White House officials, members of Congress are wondering what's been discovered and how this could even happen:

"Well, I think the executive branch needs to hire better movers, number one, at least to go through some of these things" Sen. Marco Rubio (R-Fla.) told Fox News Tuesday night:

"But, look, I think any time documents are removed from their proper setting, especially after someone's been serving for a while, it's a problem. I don't care who did it.

"I think the Biden connection one is more concerning for the following reason, and that is, we are talking about eight years vice presidential service and the one that's really bizarre is documents going back to the Senate.

"In the Senate, you really -- it's not like you can bring these things into your office without the proper protocols being followed to begin with, and generally, most members of the Senate can't do that if they don't have a staff member who is cleared to bring you documents to read and has to come in a special secure pouch that has to be locked and that person themselves has to have the clearance to be able to move it around. So for a senator to take classified documents, they would have to do it almost deliberately.

"But the one that's concerning here is that a bunch of products, a bunch of documents were moved to his -- the [Penn-Biden) Center at the university [in Washington, D.C.]. These documents [the ones found at Biden's home] apparently were not. So at some point, somebody had to go through boxes to decide what goes to the center and what doesn't go to the center?

"So why were these left behind in the house and the others were delivered to the center? These are the kind of things we need answers to. Right now we are not getting any answers from the director of national intelligence. But we will. And I think there is a bipartisan commitment, frankly, to get those answers."

Rubio, a member of the Senate intelligence committee, said he's still waiting for a "risk assessment" regarding the classified materials found in Biden's possession and in Donald Trump's possession:

"Because we need to know, what are these documents?" he asked.

"There's different levels of classification. Maybe some of them have since been declassified. I don't know.

"But the bottom line is that there's the concern that these things, in its totality or individually, could pose not just a counter-intelligence threat but could expose both methods -- meaning the way we got that information; and sources -- meaning the people that gave it to us -- could endanger operations.

"We don't know until we have answers. We haven't gotten any answers. I don't know anything more about what they found than what you read in the press today. And that's not acceptable for people on a committee that's charged with overseeing how America does intelligence."