79 People Murdered in Washington, D.C. So Far This Year; 45 of Those Murders Remain Unsolved 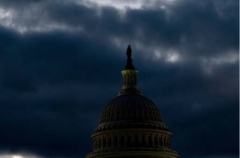 (CNSNews.com) - Seventy-nine people have been murdered in Washington, D.C., so far in 2022 and 45 of those murders remain unsolved, according to information released by the Metropolitan Police Department.

The last time there were more than 226 murders in Washington, D.C., in one year was in 2003, according to the MPD's annual reports. That year there were 248. 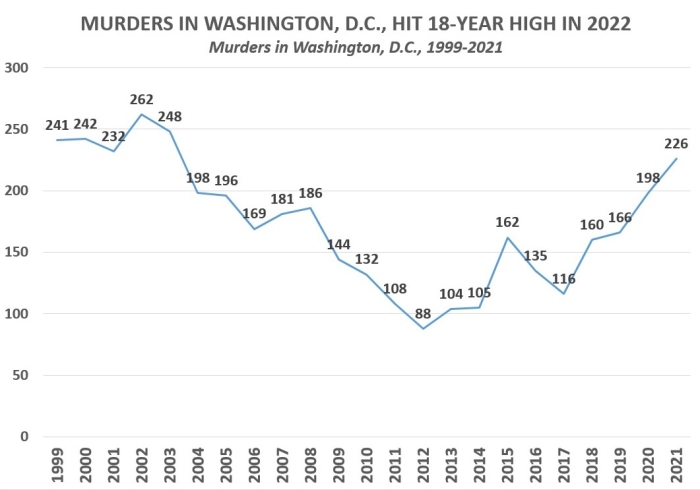 The “clearance” rate for murders in Washington, D.C., has also dropped since then.

“The MPD’s homicide clearance rate is calculated by dividing the total number of homicide cases closed in a calendar year by the total number of homicides that occurred in that year,” explains the MPD’s latest annual report. “The cases closed can be for homicides that occurred in the current year or in the prior years. In other words, some clearances recorded in a particular calendar year may pertain to offenses that occurred in previous years. A case is ‘cleared’ when, for any given crime, at least one person has been arrested, charged and turned over to prosecutors, or in exceptional circumstances, such as when the offender died.”

The MPD has a page on its website where it lists 45 specific homicide cases from this year that remain unsolved. Thirteen of those unsolved murders have been committed in the month of May: