Census Bureau: Record 69.4% of Voters in 2020 Election Did Not Vote In-Person on Election Day 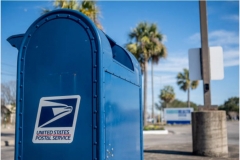 (CNSNews.com) - A large majority of the people who voted in the 2020 presidential election, according to the Census Bureau, did not do so by physically going to their precinct on Election Day and casting a ballot there.

“For the first time on record, a majority (69.4 percent) of voters cast ballots by a nontraditional method in the 2020 presidential election,” the bureau said in a report released today.

“Policies in place in many states allowed eligible voters to cast ballots before Election Day, either during an early voting period, by voting with an absentee ballot (i.e., by mail) or both,” the bureau explained.

Only 7 out of 50 states required voters to use only traditional voting methods.

“There were seven states in which permanent policies as of 2020 only permitted ‘traditional’ methods of voting—that is, early voting was not offered, and an excuse was required to vote with an absentee ballot,” the Census Bureau said. “These states were Alabama, Connecticut, Kentucky, Mississippi, Missouri, New Hampshire, and South Carolina.”

All but 8 of the states allow no-excuse early in-person voting.

“In 42 states and the District of Columbia,” said the Census Bureau, “permanent policies as of 2020 allowed any qualified voter to cast a ballot in person during a designated period prior to Election Day. No excuse or justification was required.”

“In 34 states and the District of Columbia,” said the bureau’s report, “permanent policies as of 2020 permitted any qualified voter to vote absentee without offering an excuse.”

“In some states,” the bureau added, “a ballot was automatically mailed to every eligible voter—no request or application was necessary. Permanent policies in Colorado, Hawaii, Oregon, Utah, and Washington sanctioned all-mail voting in all national elections as of 2020. A number of additional states sent all registered voters a ballot by mail for the 2020 election in response to the COVID-19 pandemic.”

The Census Bureau published a disclaimer in its report noting that, historically, the estimated voting numbers from its Current Population Survey (CPS), which were used in this report, differ from the actual voting records gathered by the states.

“Voting estimates from the CPS and other sample surveys have historically differed from those based on administrative records, such as the official reports from each state disseminated collectively by the Clerk of the U.S. House of Representatives and the Federal Elections Commission,” said the Census Bureau report. “In general, sample surveys like the CPS tend to yield higher voting rates than official results. Potential explanations for these differences include question misreporting, problems with memory or knowledge of others’ behavior, and methodological issues related to question wording, method of survey administration, and survey nonresponse bias.

“Despite these observed differences between CPS estimates and official tallies,” the bureau said, “the CPS remains the most comprehensive data source available for examining the social and demographic composition of American voters in federal elections, particularly when examining broad historical results.”