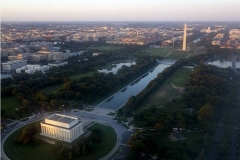 (CNSNews.com) - The public schools in Washington. D.C., spent a total of $31,843 per pupil in fiscal year 2020, according to a newly released report from the National Center for Education Statistics.

In 2019, according to NCES, eighth graders in D.C. public schools had an average score of 250 out of 500 in the NAEP reading test. That was a lower average than any of the 50 states.

That same year, according to NCES, D.C. public school eight graders had an average score of 269 out of 500 in the NAEP mathematics test. That tied D.C. eighth graders with those in New Mexico and Alabama for the lowest average mathematics score in the nation.