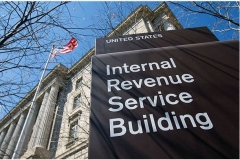 (CNSNews.com) - The Internal Revenue Service sent 23,994 tax refunds worth a combined $46,378,040 to “unauthorized” alien workers who all used the same address in Atlanta, Ga., in 2011, according to the Treasury Inspector General for Tax Administration (TIGTA).

The IRS has long known it was giving these numbers to illegal aliens, and thus facilitating their ability to work illegally in the United States. For example, the Treasury Inspector General’s Semiannual Report to Congress published on Oct. 29, 1999—nearly fourteen years ago—specifically drew attention to this problem.

The inspector general’s 2012 audit report on the IRS’s handling of ITINs was spurred by two IRS employees who went to members of Congress "alleging that IRS management was requiring employees to assign Individual Taxpayer Identification Numbers (ITIN) even when the applications were fraudulent.”

In an August 2012 press release accompanying the audit report, TIGTA said the report “validated” the complaints of the IRS employees.

In addition to the 23,994 tax refunds worth a combined $46,378,040 that the IRS sent to a single address in Atlanta, the IG also discovered that the IRS had assigned 15,796 ITINs to unauthorized aliens who presumably used a single Atlanta address.

TIGTA said there were 154 addresses around the country that appeared on 1,000 or more ITIN applications made to the IRS.