‘Meathead’ Rob Reiner: ‘Donald Trump is a Complete and Utter Fool. Not to Mention a…’ 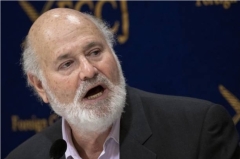 Actor Rob Reiner, who played Michael “Meathead” Stivic on “All in the Family” has sent out a series of tweets over the last three days calling for Attorney General Merrick Garland to indict former President Donald Trump.

Reiner followed-up that re-tweet with a tweet said: “After the Dec. 6 runoff, there is absolutely no reason for Merrick Garland not to Indict Trump for Stealing Top Secret Classified Government Documents. To strengthen Democracy, it must be done."

Reiner continued the theme in a series of three tweets sent out on Nov. 15 and Nov. 16.

“There’s no other way to put this: Donald Trump is a complete and utter fool. Not to mention Career Criminal,” Reiner said in a tweet sent out on the evening of Nov. 15.

“Time to Indict and put the last nail into this Corrupt Coffin,” Reiner said in that tweet.

“Merrick Garland’s choice could not be more clear,” Reiner said in a tweet he sent out today. “Either uphold the Rule of Law and defend American Democracy, or contribute to its destruction by allowing the man who led an armed Insurrection to overthrow the United States government go unpunished.” 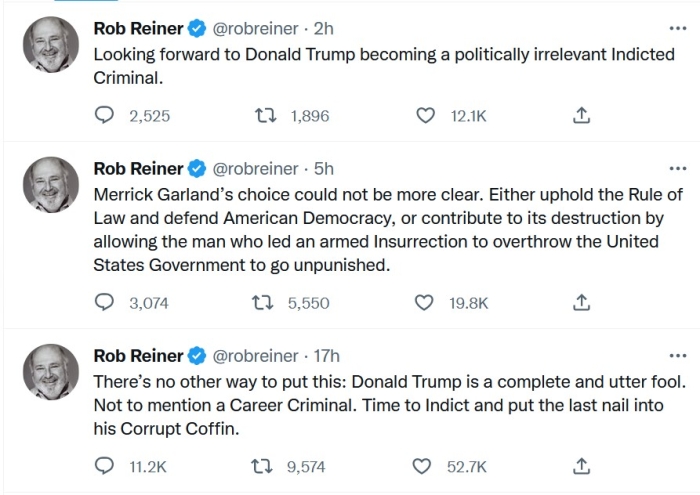