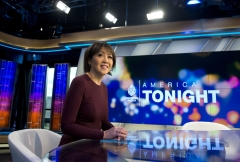 By a five-to-one margin, more voters say that fake news is, rather than isn’t, a serious problem in the media, a new national Rasmussen survey reveals.

Eighty percent (80%) of voters believe “fake news” is a serious problem in the media, including 56% who say the “fake news” problem is “very serious,” Rasmussen reported Friday, releasing results of its national survey of 1,000 U.S. likely voters, conducted May 11-12, 2022.

Majorities across party lines believe that “fake news” is a serious problem in the media, including 89% of Republicans and 75% of both Democrat and unaffiliated voters. Among Republicans, 68% call it a very serious problem.

Half (50%) of voters say they don’t trust the political news they’re getting, while 31% do trust political news and 20% are not sure. While Republicans and unaffiliated voters are the least trusting, the 46% of Democrats who do trust their political news is down ten points from 56% last July.

A majority of voters (58%) say they agree with then-President Donald Trump’s 2019 comment that the media are “truly the enemy of the people,” with 31% strongly agreeing and 27% concurring somewhat. Thirty-seven percent (37%) either somewhat (14%) or strongly (23%) disagree, while 5% aren’t sure.