Actor James Woods Slams CDC Speech Police: ‘You Nitwits Don’t Have Better Things to Do in the Middle of a Pandemic??!!’ 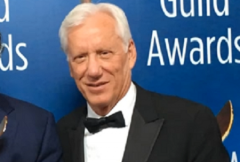 Actor James Woods rebuked the Centers for Disease Control (CDC) for telling Americans what they should, and shouldn’t say, instead of focusing its attention on the coronavirus pandemic.

In a tweet on Friday, the CDC asked Americans “Are you using #inclusive language” and directed them to a CDC.gov webpage titled, “Preferred Terms for Select Population Groups & Communities.”

“You nitwits don’t have better things to do in the middle of a PANDEMIC??!!” actor James Woods replied.

The CDC webpage lists words and expressions that it says should not be spoken and provides suggested replacements that “represent an ongoing shift toward non-stigmatizing language.”

Some of words the CDC wants shunned, and their CDC-approved substitutes, include: