Actress Patricia Heaton: I Just Finished Reading the Entire Bible in Exactly One Year – and Here’s How I Did It 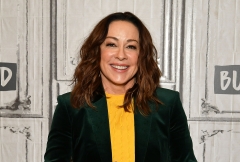 Actress Patricia Heaton, known for her roles on the TV shows “Everybody Loves Raymond” and “The Middle,” said Sunday that she had just finished reading the entire Bible – cover to cover – and described the plan she followed to do so in exactly one year.

It wasn’t always easy to push ahead, Heaton said. Sometimes she missed a day, but she kept at it. And, sometimes (usually, in the Old Testament) she didn’t quite understand what she was reading, but that didn’t stop her, Heaton said.

A year in the making. I finally did it! 📖 #scripture #bible #prayer #biblestudy #pray #VerseOfTheDay #god pic.twitter.com/4FnSgJ2q48

On New Year's Day, Heaton will begin re-reading the Bible, the actress said.

Heaton, a Catholic, is a rare, outspoken Christian voice in the Hollywood community. She has appeared at pro-life events and once made news when she announced that Twitter would not allow her to follow the account of “Unplanned,” a pro-life movie that was a box office hit.

“Hey @jack - why aren’t you letting me follow @UnplannedMovie ?” asked Patricia Heaton in a tweet. “I’ve tried eight times to support my friend @AbbyJohnson and @Twitter won’t let me. Others are having the same issue. Please correct this. Thank you.”

Patricia Heaton’s tweet came after “[t]he page for the film ‘Unplanned’ was suspended on Twitter on March 30 by mistake, if Twitter is to be believed,” reported Corinee Weaver of MRCTechWatch. “The account, which at the time had 40,000 followers, was suspended without notice. It was only after public outcry that the account was restored, with the explanation that it was accidentally banned because it was mistakenly linked to another account.”

Patricia Heaton later tweeted that “The problem has been fixed.” Subsequently, the “Unplanned” Twitter page regained its quarter-million followers.