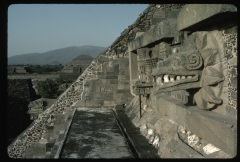 California public schools will no longer be teaching students to recite Aztec and Yoruba prayers as part of the state’s Ethnic Studies Model Curriculum, the Thomas More Society reported Sunday, explaining that their attorneys have obtained a settlement in a lawsuit brought by parents and the Californians for Equal Rights Foundation, against the State of California, its Board of Education, and Department of Education.

California schools had been instructing students “to chant the prayers for emotional nourishment after a ‘lesson that may be emotionally taxing or even when student engagement may appear to be low.’ The idea was to use them as prayers,” Jonna said.

The school prayers violated the California Constitution’s guarantee of “free exercise and enjoyment of religion without discrimination or preference,” the Thomas More Society argued in its lawsuit.

The Thomas More Society says that the Aztec prayer curriculum is “deeply rooted in Critical Race Theory and critical pedagogy, relies on viewing culture with a race-based lens and an oppressor-victim dichotomy.”

“The curriculum in question features the Aztec prayers in a section titled, ‘Affirmation, Chants, and Energizers.’ Among these is the ‘In Lak Ech Affirmation,’ which invokes five Aztec deities, acknowledges their power, asks for their help, and praises them. Additionally, the curriculum includes the Ashe Prayer from the Yoruba religion. Yoruba is an ancient philosophical concept that is the root of many pagan religions, including santeria and Haitian vodou or voodoo.

“Sociocultural anthropologist Alan Sandstrom, Ph.D., a professor and scholar with expertise in the culture, religion, and ritual of the Aztec and other Mesoamerican peoples, has submitted a declaration to the court supporting an order prohibiting the inclusion of these prayers.”