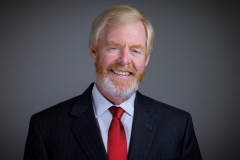 The letter comes less than a week after major MRC's major sites (including NewsBusters) and other conservative platforms were blacklisted from Google's search results.

The full text of the letter can be found below:

This past Wednesday, July 21, several conservative media platforms, including four of Media Research Center’s (MRC) major sites, were removed from Google’s search results. Google’s official response was that this was the result of a technical glitch.

We don’t believe you.

We believe Google is lying yet again. It's the same old game. Censor conservatives, wait for someone else to call you out on it, then blame the algorithms or another technical problem for the censorship. Somehow you never manage to discover your own glitch. It’s always your victims who do. Your approach to this scandal is one of an utter lack of transparency and has become second nature to you and your organization. It’s not merely shameful, it's a clear and present danger to our civil society. You need to answer for this.

Who at Google was responsible for this latest instance of deliberate censorship against conservatives?
Why did they do it?
What are you doing about your employees who did this and who are trying to undermine our democratic process?
What information are you going to provide to both Congress and those impacted to show what actually happened?

How many more times will Google censor conservatives, and then lie about it before Congress has to take action against your company? The time has passed for lame excuses. If you won’t be honest and fix the problem, then Congress must act decisively to counter the threat to freedom of speech from you and other Big Tech companies. It’s time for the federal government to consider antitrust solutions for companies like Google and the rest of the Big Tech industry that have grown too powerful and too irresponsible.

Your claims that Google is neutral, while your company continues to censor conservatives deliberately and deceptively, are simply not credible.

On Wednesday, July 29 you are appearing before the The House Judiciary Subcommittee on Antitrust. Google deliberately censors conservatives. We dare you to deny that under oath.